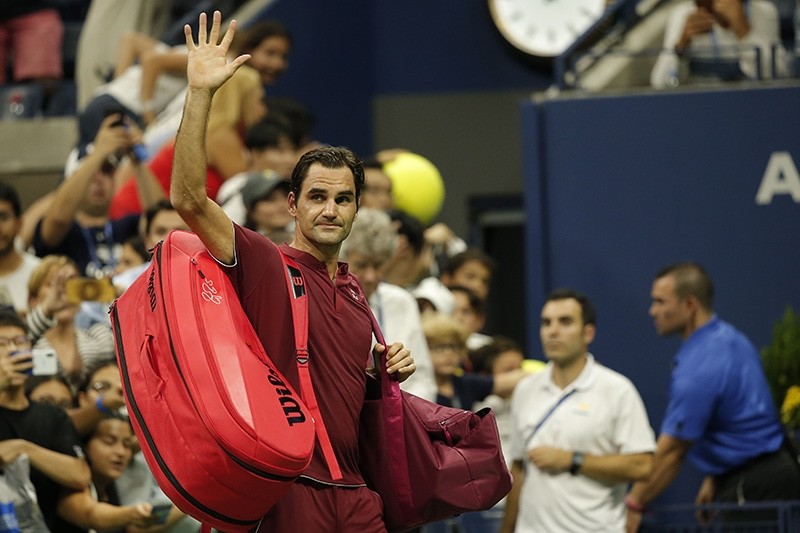 Roger Federer and Maria Sharapova crashed out of the U.S. Open on Monday in back-to-back seismic shocks under the Arthur Ashe Stadium lights.

It was 20-time major winner Federer's first loss against a player outside the top 50 in 41 meetings at the U.S. Open.

He finished with 77 unforced errors and 10 double faults.

"It was very hot. I felt I couldn't get any air and I was sweating more and more and became more and more uncomfortable," explained Federer.

"I guess I was happy when the match was over."

He added: "John dealt with it better -- he's from Brisbane, one of the most humid places in the world!"

It was the world number two's earliest defeat at the tournament since a fourth-round loss to Tommy Robredo in 2013.

The result meant there would be no quarter-final showdown with old rival Novak Djokovic who will now face Millmann instead.

"I have so much respect for Roger and everything he's done for the game. He's been a hero of mine," said Millman.

"Today he was definitely not at his best. But I'll take it." 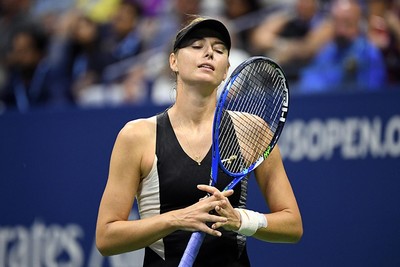 The Spanish player marked her 30th birthday in style with a memorable 6-4, 6-3 win over the five-time major champion whose last Slam title was in Paris in 2014.

Federer had cruised through the first set against Millman who was appearing in his maiden last-16 at the majors.

But the Swiss, who lost in the quarter-finals at Wimbledon where he was defending champion, began to look every bit the 37-year-old he is as he struggled in the suffocating humidity.

He squandered two set points in the second set and another in the third set tiebreak as the errors piled up.

Federer was 4-2 up in the fourth set but was reeled in and two back-to-back double faults sent him 1/4 down in the tiebreak.

The contest was over shortly before 1 a.m. when he hit a weary forehand wide.

Djokovic reached the quarter-finals with a 6-3, 6-4, 6-3 victory over unseeded Joao Sousa.

Djokovic, who ended a 54-week title drought with his 13th Grand Slam title at Wimbledon, said he was relieved to get past 68th-ranked Sousa in straight sets as temperatures soared again.

"Very happy to get this one done in straight sets," said Djokovic, who left the court for a medical evaluation early in the third set but returned to wrap things up in exactly two hours.

Cilic defeated Nishikori in the 2014 final when he won his only Slam title.

Sharapova, the 2006 champion who was trying to reach the quarter-finals for the first time since 2012, hit 38 unforced errors and dropped serve six times.

The defeat also ended the former world number one's perfect record of 23 wins -- 22 of them on Arthur Ashe Stadium -- in night sessions at Flushing Meadows.

"I thought she played really well. I thought in today's conditions, her ball was getting up on me a little bit more, much more than my previous three opponents that I played," said Sharapova.

"I didn't take care of the chances that I had. By 'chances,' I mean the balls that were a little bit shorter."

Suarez Navarro, who was also a quarter-finalist in New York in 2013, goes on to face American 14th seed Madison Keys, the runner-up in 2017.

"Maria has played here at night many times so I knew I needed to be aggressive, focused and play solid," said the 30th seeded Spaniard.

The 20-year-old became the first Japanese woman in the U.S. Open last-eight since Shinobu Asagoe in 2004.

Osaka, seeded 20, came back from a break down in the final set to take the tie on a fourth match point when Sabalenka served up an eighth double fault.

"I would never have forgiven myself if I had lost that match," said a tearful Osaka.

"When I was a break down in the final set I thought I would even break a leg if needed so I could get to every ball."