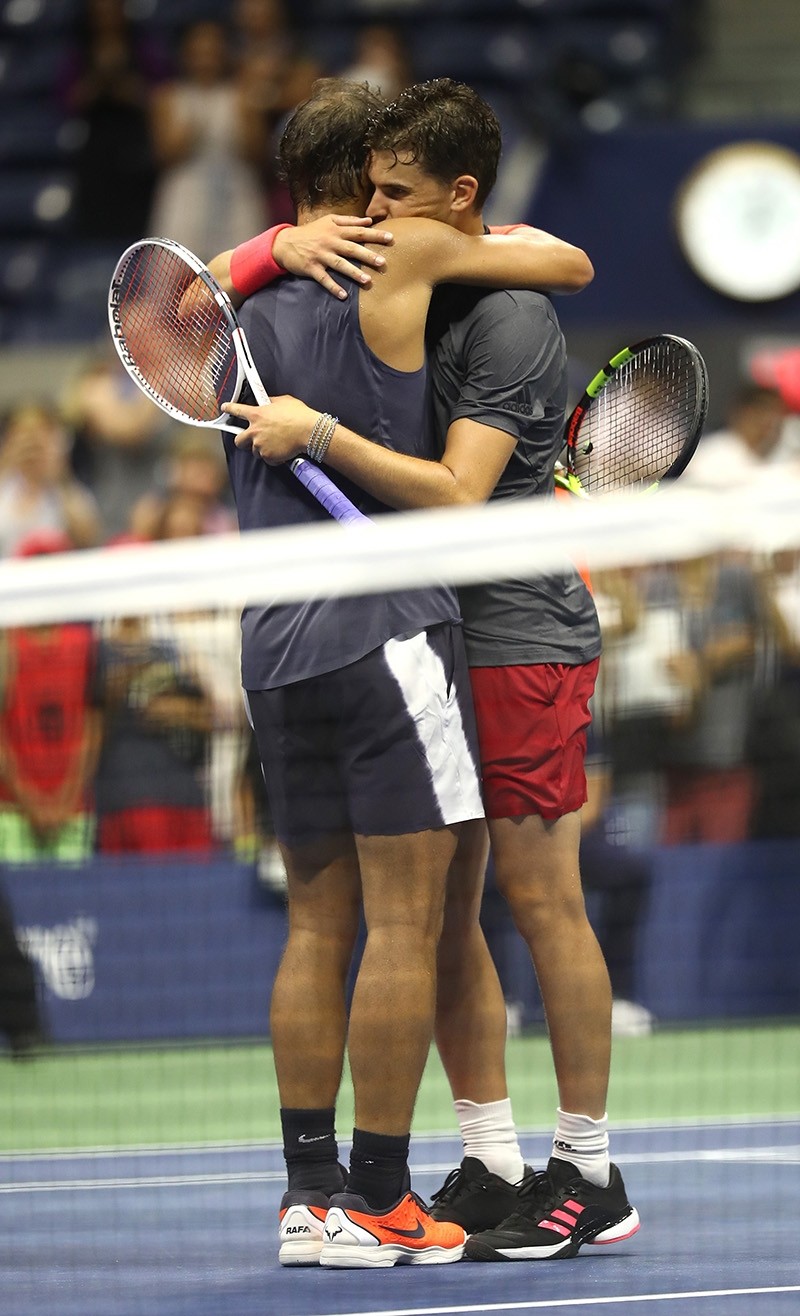 Rafael Nadal of Spain hugs Dominic Thiem of Austria after their men's singles quarter-final match on Day Nine of the 2018 US Open at the USTA Billie Jean King National Tennis Center on Sept. 4, 2018 in New York City. (AFP Photo)
by Sep 05, 2018 12:00 am

In a gripping 4-hour 49-minute contest which concluded at 2:04 a.m. on Wednesday, world No. 1 Nadal won through to keep his bid for a fourth title in New York and 18th Grand Slam crown on track.

However, the 32-year-old was fortunate to triumph on another hot and humid night at Flushing Meadows, 24 hours after Roger Federer had been dumped out of the tournament by John Millman.

After suffering a first set 'bagel', Nadal had to battle back from breaks in the third and fourth sets before seeing off the first top 20 player he had faced at the U.S. Open since 2013.