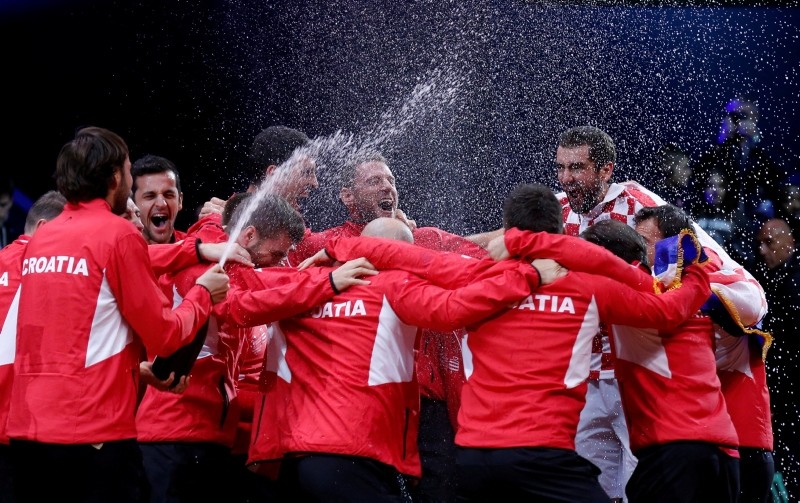 Marin Cilic sealed Croatia's victory over defending champion France in the Davis Cup final with a 7-6 (3), 6-3, 6-3 win over Lucas Pouille on Sunday.

The powerful world number seven was relentless as he snuffed out any hope of a famous French fightback -- giving Pouille little chance of sending the final into a fifth rubber.

Pouille, 24, did not have a single break point and despite pushing Cilic hard in the first set, he lost the last four points of the tiebreak and never threatened a comeback.

Cilic wasted four set points when Pouille battled back from 0-40 down at 2-5 in the second set but with his own serve rock-solid he calmly moved into a two-set lead.

The mainly French 22,000 crowd kept roaring their support for Pouille, but it was the Croatia contingent, decked out in their distinctive red and white, who would soon be celebrating.

Cilic gave Croatia a 3-1 unassailable lead in the best-of-five series on indoor clay in northern France.

Croatia claimed a second title in the team event following its maiden win in 2005.

The Davis Cup final was played for the last time in its traditional format. Beginning next year, the top team event in men's tennis will be decided with a season-ending, 18-team tournament at a neutral site.