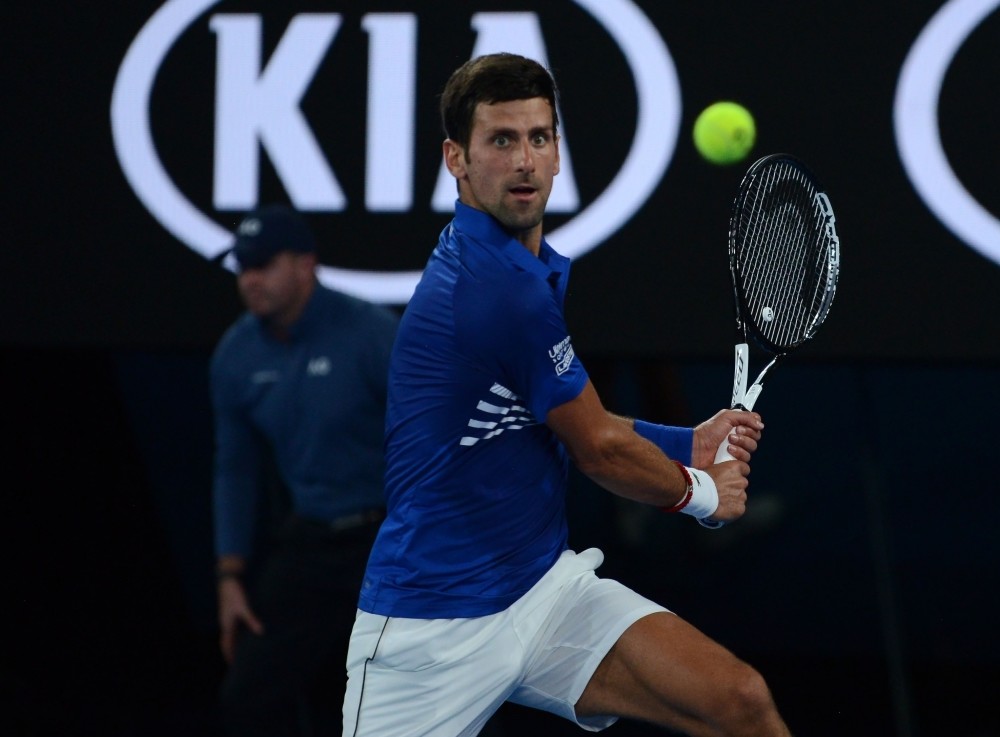 Number one seeds Novak Djokovic (above) and Simona Halep both made it to the second round of the Australian Open yesterday, despite a scare for the top ranked female player.

The Romanian pulled back from a set down to claim her opening match against Kaia Kanepi 6-7 (7-2), 6-4, 6-4 - sweet revenge after Halep was ousted from the first round of the U.S. Open last year by the 71st ranked Estonian.

"I don't want to remember that match because it was a bad one," said Halep in an on-court interview, adding that she would take a lot of confidence from the match. "I knew what I had to play against, I knew that she was a tough opponent. I had to be strong on my legs and believe that I could win the match. It was good for me tonight and I'm really happy that I got into the second round."

Djokovic meanwhile waltzed into the second round with a straight-sets 6-3, 6-2, 6-2 victory over American qualifier Mitchell Krueger at Melbourne Park's Rod Laver Arena in just over two hours.

In the morning session, Serena Williams and Alexander Zverev coasted through their first rounds with straights-sets victories over Tatjana Maria and Aljaz Bedene respectively. Williams, who sported an eye-catching jade green jumpsuit, was clinical in her 6-0, 6-2 dismantling of Maria, making just 11 unforced errors to the German's 20. The 2017 champion, who is seeking a 24th grand slam singles title to tie for the record with Margaret Court, sat out last year's competition after giving birth to her first child. Her victory two years ago was "literally the best win of my career so it's exciting to get back," the 37-year-old 16th seed said in a post-match interview.

Though he went down a break in the first set, the 21-year-old German, who won the ATP Finals in November, always looked dominant.

Karolina Pliskova, who got her 2019 season off to a winning start by clinching the title at the Brisbane International, polished off qualifier and Czech compatriot Karolina Muchova 6-3, 6-2. Venus Williams, who is competing in her 19th Australian Open, won a marathon 6-7 (3-7), 7-6 (7-3), 6-2 over Romania's 25th seed Mihaela Buzarnescu. But there was an upset for two-time champion Viktoria Azarenka, who was ousted by world number 110 Laura Siegemund in a tight match that ended 6-7 (5-7), 6-4, 6-2.