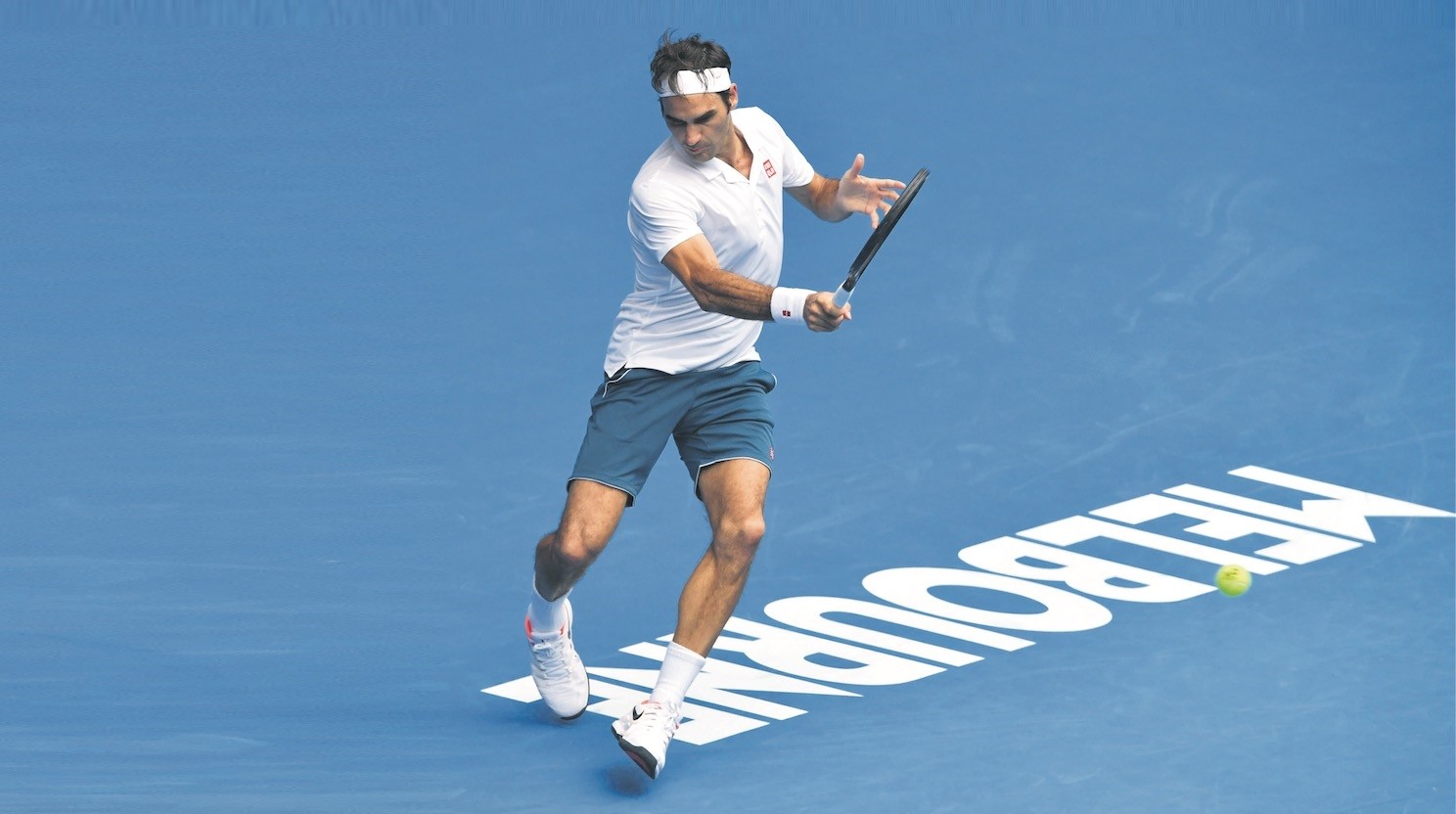 Angelique Kerber and Rafael Nadal secured the third round of the Australian Open in Wednesday's games, with straight-set wins over rivals. But defending champion Roger Federer had to battle past British qualifier Daniel Evans in his second-round match, while fifth seed Kevin Anderson was stunned by U.S. rising star Frances Tiafoe.

Nadal defeated Ebden, ranked 48 in the world, 6-3, 6-2, 6-2, showing off the new serve that he has been practicing with coach Carlos Moya, which he has been using for the first time in Melbourne. "I'm getting old so we need to improve things if I want to play longer," the 32-year-old told John McEnroe in an interview on Rod Laver Arena afterwards. When McEnroe cheekily asked him about his habit of placing his water bottles in the same position during every match, he responded, "if things are working don't change it ... the bottles have been working very, very well." He next faces Australian number one Alex de Minaur, who won his place in the third round after an epic five-set battle with Switzerland's Henri Laaksonen that ended 6-4, 6-2, 6-7 (7-9), 4-6, 6-3. "He's a player that is playing great," Nadal said of the 19-year-old, who only broke into the top 100 last year. "I just feel happy that the new generation is coming ... I wish him all the best for his career ... [although] hopefully not the next day."

Kerber meanwhile beat qualifier and world number 195 Haddad Maia comfortably, 6-2 6-3. The Brazilian made Kerber, the 2016 champion, work for her win, with the first set taking almost 50 minutes. But the German took control in the second set, taking just another half hour to finish it off. "It was a really tough match, she played really well, I knew that I had to play my best tennis," Kerber said in a post-match interview. Her next match, on Friday against Australian wildcard Kimberly Birrell, will take place on her 31st birthday. "Every year's the same, the same ritual," she said. "I'll be focusing on my match first and hopefully to have a good day and a really great dinner at the end of the day."

Federer eventually clinched his match 7-6 (7-5), 7-6 (7-3), 6-3 but despite the straight-sets win, Evans challenged the Swiss throughout. The Briton, ranked 189, led 5-3 in the first set tiebreak and bounced back from 5-3 down in the second set to force another tiebreak. "I couldn't pull away early in the match.

It always helps when you sneak in a quick break, win that first set," said Federer, who is bidding for his 21st Grand Slam title. "I think maybe if I'd been able to close out that second set things are maybe going a bit smoother but I think he played very well." He also paid Evans a huge compliment on his backhand slice, saying it was "like playing in a mirror a little bit."

Meanwhile, Tiafoe, who was competing at his first Australian Open, pulled off a shock victory over South African Wimbledon finalist Anderson, 4-6, 6-4, 6-4, 7-5.

In the women's draw, defending champion Caroline Wozniacki beat Sweden's Johanna Larsson 6-1, 6-3 and will next face either five-time Grand Slam champion Maria Sharapova or another Swede, world number 64 Rebecca Peterson. The world number three said "it doesn't really matter," whom she played. "I'll play my best in the next match and if I play my best then I'm hard to beat." Two-time Grand Slam champion Petra Kvitova also booked a third-round place by crushing Romania's Irina-Camelia Begu 6-1, 6-3. The eighth seed, who has won six titles including last week's Sydney International over the past 12 months, polished off the world number 70 in just over an hour, firing 26 winners to Begu's 11. Fifth seed Sloane Stephens demolished Hungary's Timea Babos 6-3, 6-1 and local favorite Ash Barty took a comfortable 6-2, 6-3 over China's Yafan Wang. But there was an upset for ninth seed Kiki Bertens of the Netherlands, who was stunned 3-6, 6-3, 6-3 by Russian world number 44 Anastasia Pavlyuchenkova. Twentieth seed Anett Kontaveit was also dumped out of the tournament 6-3, 6-3 by Belarusian Aliaksandra Sasnovich.