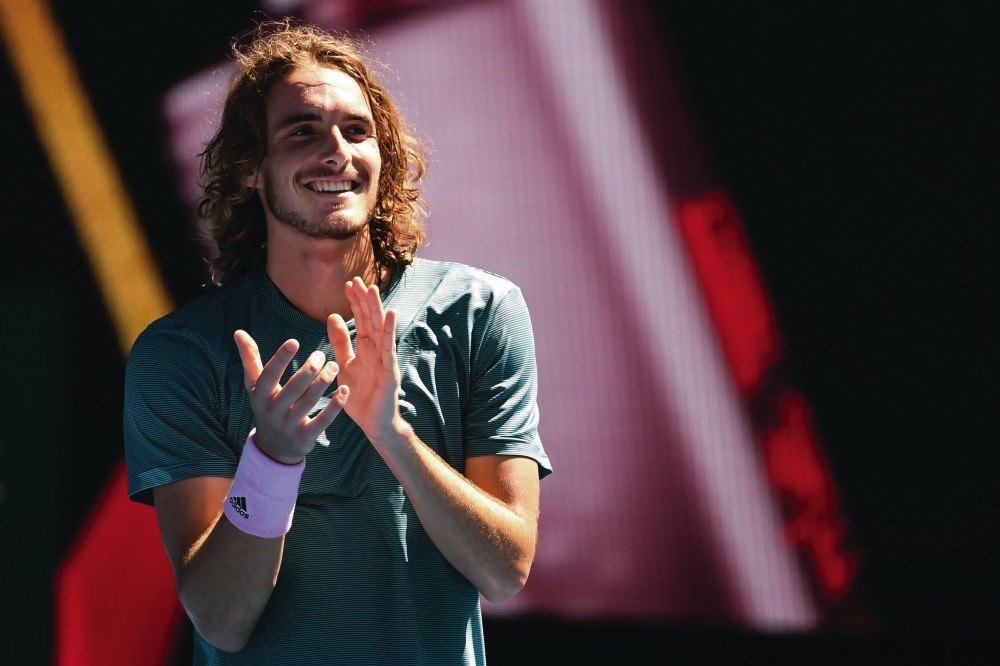 Federer's conqueror had to contend with dropping his serve early in each of the first three sets to the 22nd seed before coming through 7-5, 4-6, 6-4, 7-6 (7/2) in 3 hours and 15 minutes. "It all feels like a fairy tale almost," said the 20-year-old after holding his head in his hands in disbelief and sinking to the floor on Rod Laver Arena. "I'm just living the dream, living what I've been working hard for," Tsitsipas added. "I feel a bit emotional but not too much - I know I really worked hard to get here, playing in semis of a Grand Slam. "I was asked my goals this year and said semis Grand Slam. And when I was answering this question, I thought I was crazy. But it is real. It just happened."

Tsitsipas, who broke through in 2018 with his first ATP Tour title and won the NextGen finals, will face either world number two Rafael Nadal or unseeded Frances Tiafoe for a place in the final.

For the 30-year-old Bautista Agut, who won the Doha warm-up event and was in his first quarter-final at this level, the wait for a maiden Grand Slam semifinal goes on. After encountering the gifted Greek at close quarters for the first time he still tipped either Nadal or Novak Djokovic to lift the famous Norman Brookes trophy.

Federer did not win any of 12 break points in a four-set defeat against 14th seed Tsitsipas in round four, but Bautista Agut managed it on his first in the opening game of the match.

There was no panic from the 20-year-old from Athens and he broke back before stealing the set 7-5 with a second break created by a rasping forehand winner that flat-footed the Spaniard.

Bautista Agut went 2-1 up in the second set with another early break as the Tsitsipas first serve momentarily deserted him. This time the Spaniard stayed on top and leveled the match 6-4. Another break for Bautista Agut came in the fifth game of the third set. But with the crowd beginning to get more involved, Tsitsipas outlasted the Spaniard in a grueling game to level at 4-4. And when another break followed the Athenian artist had his nose back in front and the Spaniard could see the match slipping away.

There were no early breaks in the fourth set as Tsitsipas, crucially serving first, began to find consistency on his first serve. The gutsy Spaniard successfully served to stay in the match for the first time at 4-5. He then showed incredible resilience at 5-6, 30-40 to repel a first match point after a 21-shot baseline rally. But Tsitsipas jumped out to a 3-0 lead in the subsequent tiebreak and secured the match on the first of four more match points.