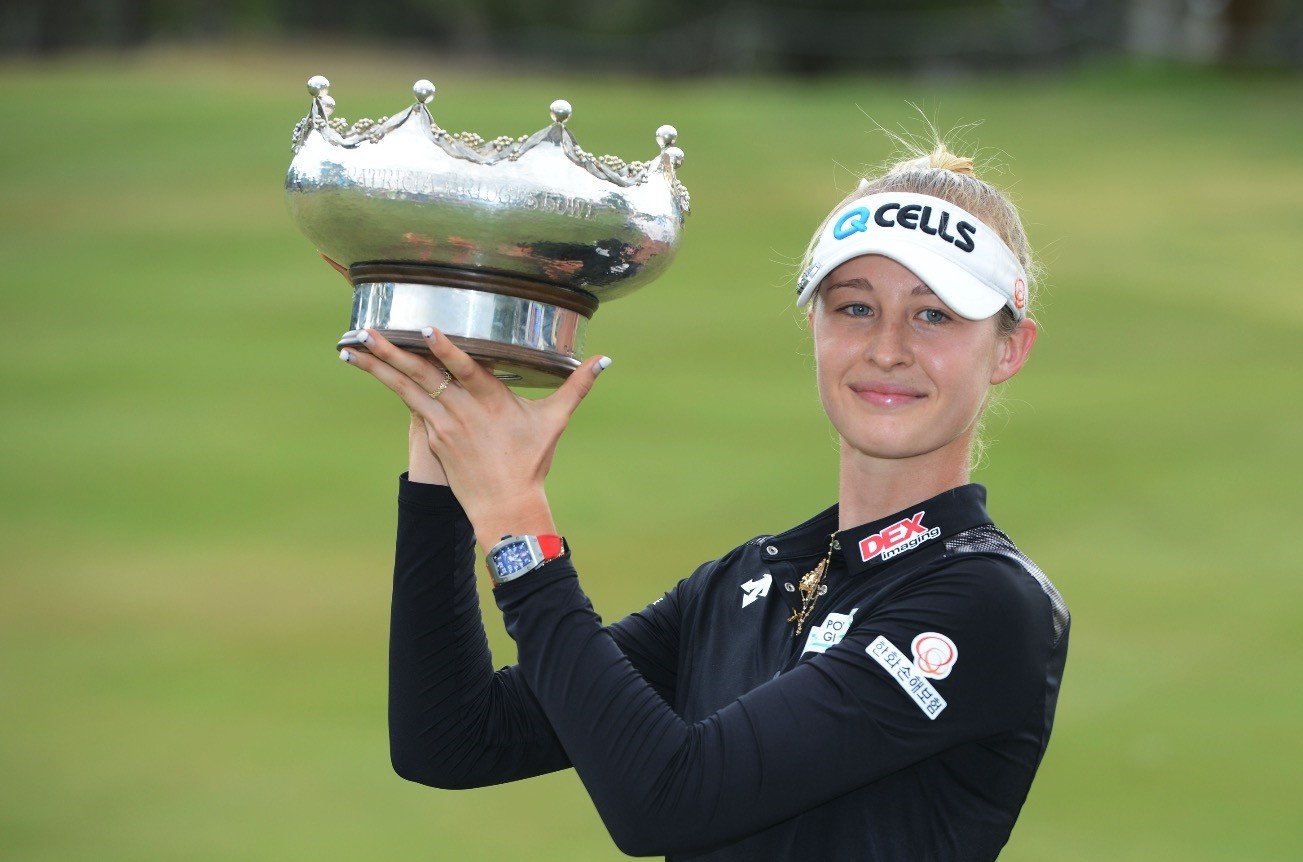 Nelly Korda poses with her trophy following a victory at the Australian Open golf championship in Adelaide, Feb. 17, 2019.
by Associated Press Feb 18, 2019 12:02 am

Nelly Korda added to her family's impressive sports pedigree Down Under with a win Sunday in the Women's Australian Open. Korda led by three strokes after the third round, increased it to four with a tap-in birdie on the 10th and added a 25-foot birdie on the 11th to make it a lead of five. She had a third consecutive birdie on the 12th to help claim a two-stroke victory with a 5-under 67 at The Grange Golf Club, finishing with a 17-under total of 271. Defending champion Jin Young Ko was second after a 64.

"I'm just happy to finally be a part of the club," said the 20-year-old Korda at the trophy presentations. "There's maybe something in the air here. We love coming down under and we really enjoy our time here. "I just got off the phone with my dad and he's like 'well, congratulations, you're part of the Korda Slam now'."

Petr and mother Regina, also a pro tennis player who represented Czechoslovakia at the 1988 Olympics, watched their daughter's triumph from their home on the west coast of Florida. Jessica, currently sidelined from the LPGA Tour because of a wrist injury, watched from Florida's east coast. And Sebastian tuned in from Turkey moments before he played a Futures Tour match.

"When I was left out (of winning in Australia) they didn't try to rub it in too much," Nelly Korda said. "Now that we all have a win down here, it's going to be really special ... obviously there was pressure but I think I finally carved my own way."

The Women's Australian Open tweeted before the final round began a photo collage of Petr, Jessica and Sebastian doing what they called the "Korda Kick", actually a scissor kick, after winning each of their titles, and adding that they hoped they hadn't jinxed Nelly.

No worries there. Her lead was reduced to two strokes at one stage late on the front nine and again at the end, but Korda held on for the win after receiving help from afar from her sister.