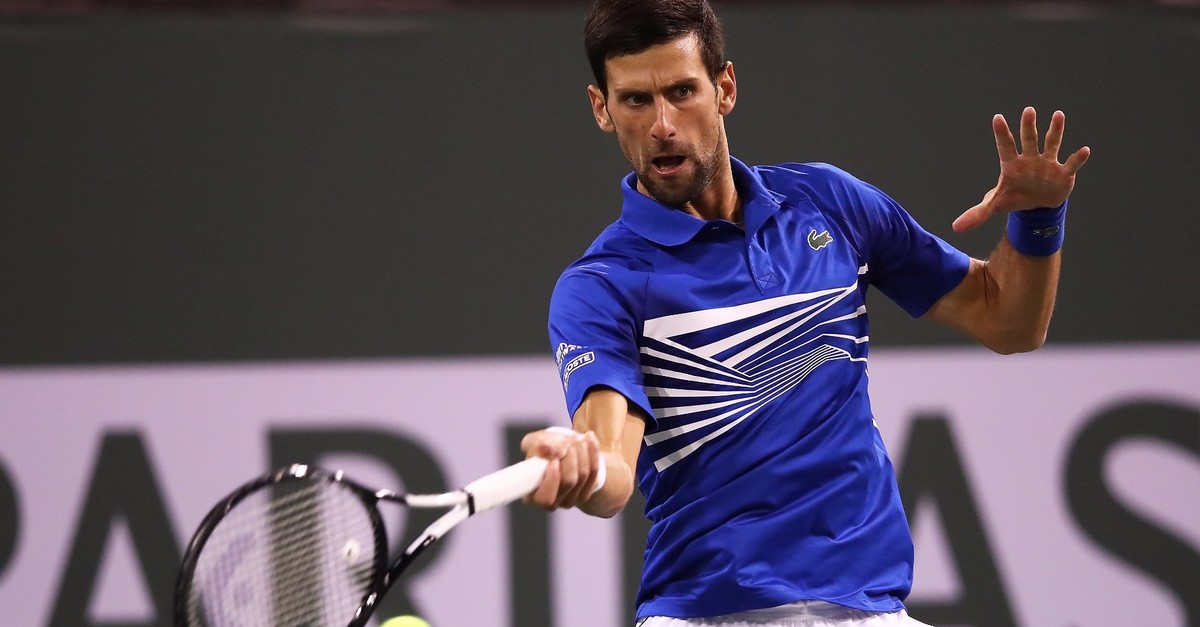 Novak Djokovic and Naomi Osaka, both ranked No. 1 in the world, cruised to straight-set victories at the BNP Paribas Open on Saturday night.

Djokovic beat Bjorn Fratangelo 7-6 (5), 6-2 in pursuit of a record sixth title in the desert. It was Djokovic's 50th match win at the tournament, his highest total at any ATP Masters 1000 event.

Mladenovic upset Osaka in straight sets two weeks ago at the Dubai tournament. It was Osaka's first match since ascending to the No. 1 ranking. "I learn the most when I lose matches, and honestly, it was great that I got to play her again because I was able to learn from the mistakes I did back then," Osaka said. "I just learned to be really positive and not give her anything."

Djokovic needed 1 1/2 hours to beat Fratangelo and improve to 11-1 on the season. Afterward, Djokovic went over to greet former No. 1 Pete Sampras, who sat courtside.

"I think I tried too hard in the first set to impress him," the Serb said.

Djokovic indicated he was rusty at the start, having taken over a month off after winning the Australian Open in late January.

"I was kind of waiting for him to do something with the ball rather than doing it myself," he said. "That resulted in a very close first set. He was the one that was really aggressive and dictating the points from back of the court for entire first set."

Kvitova served 10 aces and 10 double-faults in the 2 1/2-hour match. She became the highest seeded woman to lose so far.

"She's been playing so well this year. You never know what's going to come off her racket," Williams said in an on-court interview. "I just loved the battle." Williams, a three-time semifinalist at Indian Wells, is the oldest woman in the tournament at 38. She's seeking her 50th career title. Williams also needed three sets to beat Andrea Petkovic in the first round.

"The crowd was behind me to get to match point," Williams said.

Wimbledon champion Angelique Kerber routed Yulia Putintseva 6-0, 6-2. Kerber broke serve to open the match on her way to winning the first 10 games in a row.

Kerber, seeded eighth, converted 93 percent of her first serves and moved on to a third-round match against qualifier Natalia Vikhlyantseva.

"I was playing really aggressive," Kerber said. "Yeah, it's good to start the tournament like that." Other seeded winners were: No. 5 Karolina Pliskova, No. 9 Aryna Sabalenka, No. 11 Anastasija Sevastova, No. 21 Anett Kontaveit and No. 24 Lesia Tsurenko.

There were several upsets on Day 4 of the combined ATP-WTA event.

No. 9 Stefanos Tsitsipas, who lost to Roger Federer in both the Australian Open semifinals and the final in Dubai last week, was ousted by Felix Auger-Aliassime 6-4, 6-2.

In the women's draw, No. 13 Caroline Wozniacki, No. 17 Madison Keys, No. 26 Carla Suarez Navarro, No. 28 Donna Vekic and No. 30 Anastasia Pavlyuchenkova lost.