Anticipation grows ahead of Federer's return to Paris 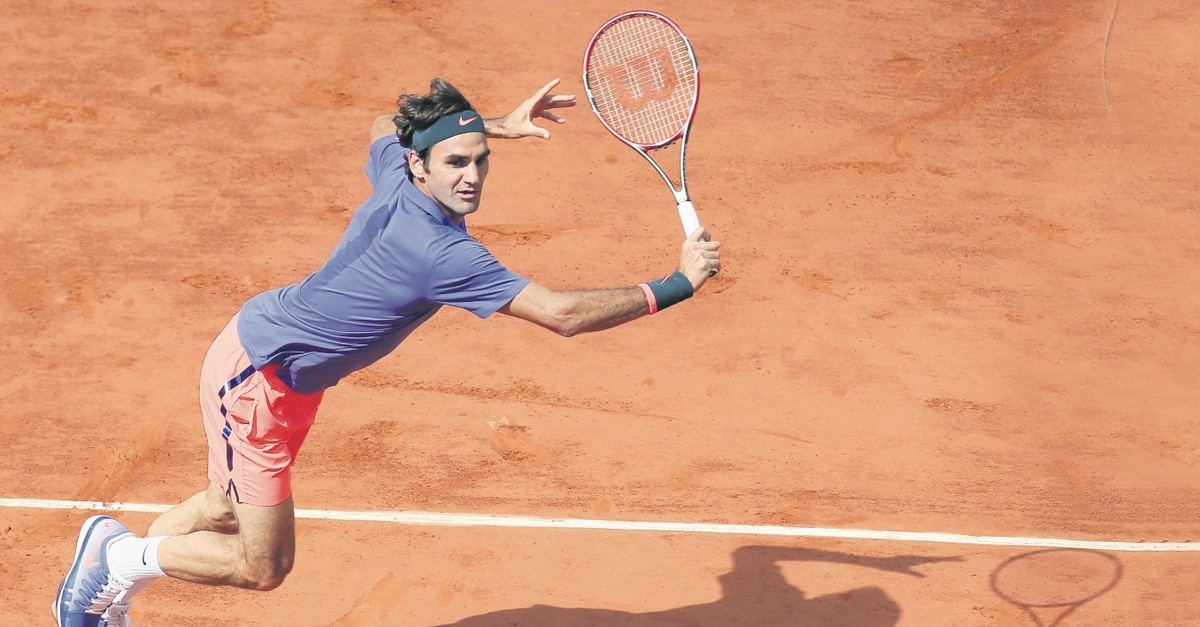 All Roger Federer had to do was strike a few silky forehands in his first practice session at Roland Garros for four years to create something of a social media frenzy this week Ever since the 37-year-old announced he was ending his self-imposed French Open exile, anticipation has been growing and video footage of his gentle warmup on Tuesday sent his legions of fans into a frenzy.

It is 10 years since Federer claimed his one and only title on the Parisian dirt, completing his career slam with victory over Swede Robin Soderling.

He opted to skip the French Open for the past three years, a decision based on prolonging his career, but a decade after lifting La Coupe des Mousquetaires he returns not just for old time's sake, but because the Swiss must truly believe he has a chance of a 21st Grand Slam title. Federer showed enough in a quarter-final run in Madrid, his first claycourt tournament for three years, that he had not forgotten how to slide with the best of them. He also won a couple of rounds in Rome last week before withdrawing ahead of his match against Stefanos Tsitsipas citing a minor injury concern.

Federer will step into a new look Roland Garros this year and admits it has been hard to be away. Asked why he returned in an interview with French TV channel Stade 2, he explained: "What made me decide to come back to Roland-Garros? In the end, it's envy," he said. "I like slipping, cushioning, riding at odds, playing with angles and to see the fans I have not seen here." Federer's last match at Roland Garros was a quarter-final loss to fellow Swiss Stan Wawrinka in 2015. Since then he has added two Australian Opens and one more Wimbledon title to his glittering record and he clearly still hungers after the game's biggest prizes. But with his 38th birthday looming and a host of dangerous claycourters assembling in Paris, it would surely top any of his previous feats if he reclaimed the title. "You can't say never because it's Roger," twice French Open runner-up Alex Corretja, told Reuters. "In my opinion he's not one of the favourites because there's a lot of guys who can hurt his game on the clay."

Federer will hope for warm conditions to speed up the courts and perhaps allow him to use the serve-and-volley tactics he employed liberally in Madrid this month when he reached the quarter-finals in his first clay event for three years. "I always thought that serve and volleying on a hot day on clay almost has more reward than on a grass court sometimes because the ball jumps out of the strike zone," he said. The conditions, and the luck of the draw, will play a big factor in Federer's prospects over the next two weeks but whatever happens this year's French Open story will be all the more memorable for his return. "I don't think he has in his mind winning the French Open, he will just go there day by day and whatever he does it will be a bonus," Corretja said. "Whether it's two, three, four or five matches, it will help him arrive at Wimbledon with more rhythm."