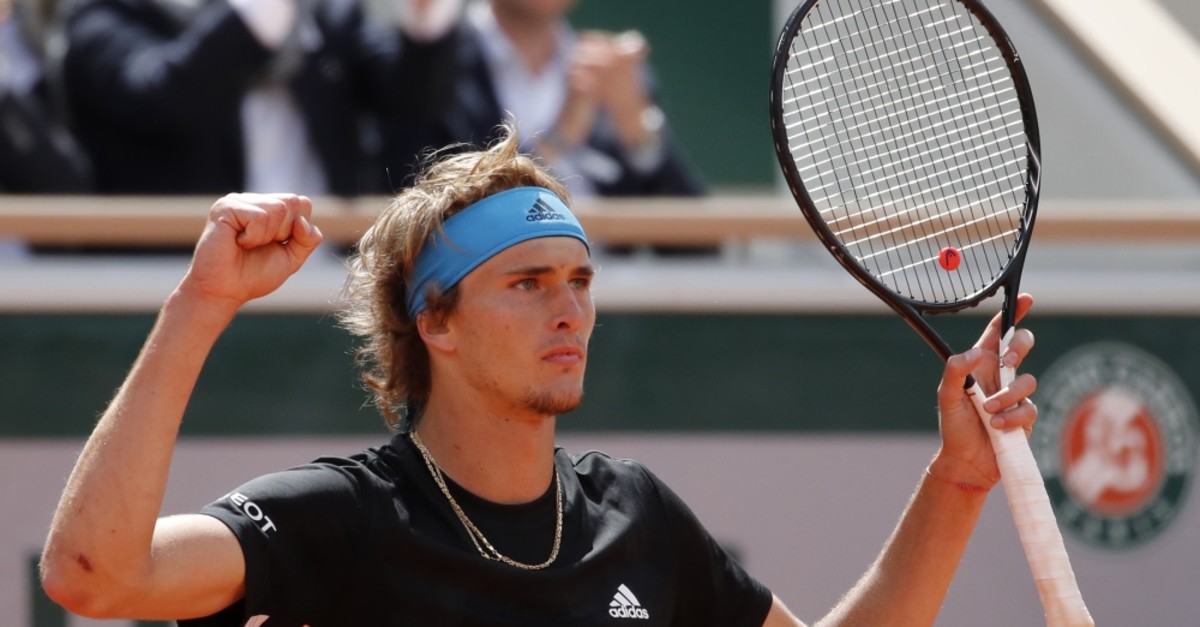 German fifth seed Alexander Zverev, a quarterfinalist in Paris in 2018, battled past Australia's John Millman 7-6 (7/4), 6-3, 2-6, 6-7 (5/7), 6-3 to reach the second round in French Open yesterday. Juan Martin del Potro also progressed in yesterday's leg. The champion in Geneva last weekend fired 57 winners past world number 56 Millman who stunned Roger Federer at the US Open last year. However, he also committed 73 unforced errors on a blustery day in the French capital. "John is a tough player who beat Federer so I knew it would be difficult today," said Zverev, bidding to become the first German man to win the Roland Garros title since Henner Henkel in 1937. "It was very windy today so that made the conditions very difficult. It was the first match against a great opponent." "I got through and that's all that matters," he said.

Next up for Zverev is Swedish qualifier Mikael Ymer, the world number 148 of Ethiopian origin, who marked his Grand Slam debut with a 6-0, 6-3, 7-6 (7/5) win over Slovenia's Blaz Rola. "He (Zverev) has very proven that he belongs up there," said Ymer, the younger brother of fellow tour player Elias. "He is definitely one of the best in the game at the moment, so it's a tough challenge."

Argentine eighth seed Del Potro, a semifinalist in 2009 and 2018, made the second round with a 3-6, 6-2, 6-1, 6-4 win over Chilean world number 58 Nicolas Jarry. "I think I'm playing well at the moment, but my main goal is still the knee, my health," said Del Potro who is still feeling his way back after knee surgery. Next up for the giant Argentine is a clash against Japan's Yoshihito Nishioka. Jarry lived and died by the sword on Court Suzanne Lenglen, his 47 winners almost canceled out by his 41 unforced errors. Two-time Grand Slam winner and former world number one Victoria Azarenka defeated 2017 champion Jelena Ostapenko 6-4, 7-6 (7/4) in a match which featured 13 breaks of serve. Ostapenko has now lost in the first round in her last two visits to Paris with her wretched performance highlighted by an ugly 60 unforced errors.

Azarenka, ranked 43 in the world, will face top seed Naomi Osaka if the Japanese star gets past Slovakia's Anna Karolina Schmiedlova in her tournament opener.

Canada's Bianca Andreescu, the surprise champion at Indian Wells, marked her Roland Garros debut by beating Marie Bouzkova of the Czech Republic 5-7, 6-4, 6-4. The 18-year-old, playing for the first time since Miami after suffering a shoulder injury, hit 58 winners and 60 unforced errors in the tie suspended due to darkness on Monday night. There were also 17 breaks of serve in the match which stretched to over three hours.