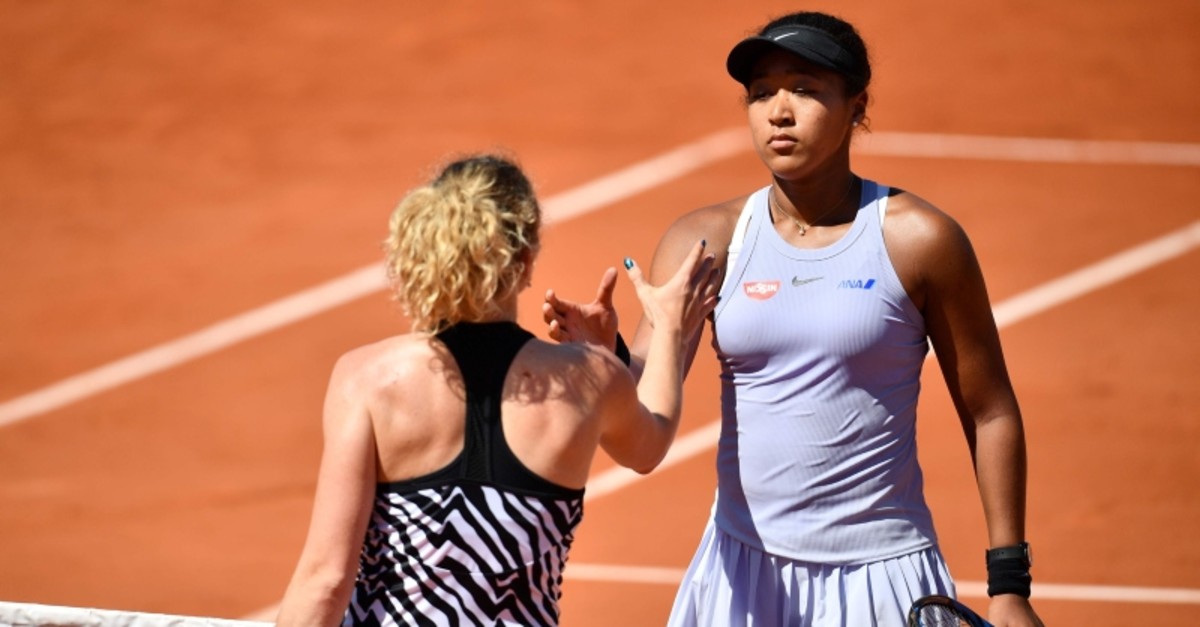 This was one deficit too big to overcome for Naomi Osaka, whose Grand Slam winning streak is over.

The No. 1-seeded Osaka couldn't muster a comeback after falling way behind yet again at the French Open, losing in the third round to No. 42 Katerina Siniakova 6-4, 6-2 Saturday.

Osaka had won her past 16 matches at major tournaments, allowing her to lift the trophies at the U.S. Open last September and Australian Open in January. That run also included two victories at Roland Garros after trailing by a set and a break each time.

But Osaka's mounting mistakes just kept accumulating against Siniakova, who is better known for her doubles success and never had reached the fourth round in singles in 18 previous Slam appearances.

"I mean, it's incredible. It's amazing. It's the thing I couldn't believe," Siniakova told the crowd at Court Suzanne Lenglen during a post-match interview. "It was my best tennis."

It decidedly was not Osaka's.

She wound up with a hard-to-believe 38 unforced errors; Siniakova made only 13.

And Osaka, so good lately at the biggest moments on her sport's biggest stages, wasn't able to come up with the goods on the hottest day of the tournament so far, with the temperature topping 80 degrees (approaching 30 Celsius).

One key statistic: Osaka compiled seven break points in the first set but failed to convert a single one. She was 0 for 4 on break chances when Siniakova served out that set, then never managed to earn one in the second.

Clay has never been Osaka's best surface. Her power game is served better by the speed of hard courts, in particular. That's why she still has not made it to the round of 16 at the French Open.