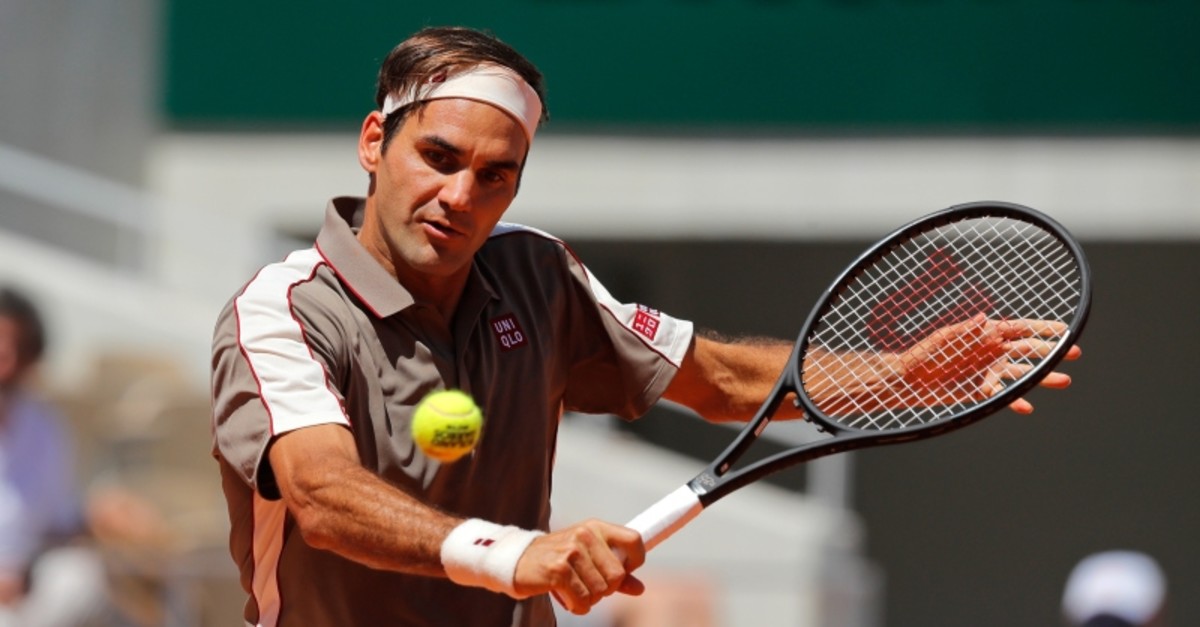 Roger Federer's return to French Open clay is going so smoothly he still has not dropped a set in reaching the quarterfinals.

The 20-time Grand Slam winner eased through with a 6-2, 6-3, 6-3 win Sunday against unseeded Argentine Leonardo Mayer and is one match away from a potential semifinal — and a 39th career match — against defending champion and longtime rival Rafael Nadal.

Nadal won by the same score as Federer on Sunday, but he was at least given a little bit more of a test by another unseeded Argentine, Juan Ignacio Londero.

While Federer did not face a single break point in beating Mayer for the fourth time in four meetings, Nadal dropped his serve once — late in the third set — and saved four other break-point chances in his first-ever match against the quick-hitting Londero.

Serving at 40-30 in the eighth game of the third set, Nadal was given a time violation warning, which he felt was the correct call made in the wrong circumstances because of persistent talking from the crowd as he prepared to serve in that game, and during his previous service game.

"Ok, I agree with you but (they are) still talking," Nadal told the chair umpire, referring to the crowd.

Nadal held with an ace for 5-3, and then broke Londero for the sixth time to clinch victory.

Federer won his only French Open in 2009, the year Nadal lost to big-serving Swede Robin Soderling in the fourth round.

The 37-year-old Federer is now into a record-extending 54th Grand Slam quarterfinal overall, compared to 38 for Nadal, which is fourth all-time. Federer also became the third oldest man to reach the last eight at Roland Garros.

"Of course the hope was to go deep and I'm in the quarters now, so I'm very, very happy at this point," Federer said. "I served super well and Leonardo had trouble returning. I was able to put pressure on him and I'm very happy with my performance."

After dropping his serve to lose the second set, Mayer angrily swiped the ball away and was given a code violation warning for ball abuse.

Federer was looking so clinical and assured that the crowd at a sun-baked Philippe Chatrier groaned in disbelief when he missed an easy-looking forehand volley at the net, early in the third set.

It was the second time Federer has beaten Mayer at a Grand Slam — the other also coming in straight sets, in the first round of the U.S. Open in 2015. That was also the last year Federer had played at Roland Garros, before skipping clay entirely until returning to the surface this year.

Four years ago, Federer lost in the quarterfinals to Swiss countryman Stan Wawrinka in straight sets.

He next faces either Wawrinka or rising star Stefanos Tsitsipas, who beat Federer in the fourth round at this year's Australian Open.

They were playing their fourth-round match Sunday on neighboring Court Suzanne Lenglen.

The 31st-seeded Croat next faces Czech teenager Marketa Vondrousova, who reached her first quarterfinal at a major without dropping a set. The 19-year-old Vondrousova beat 12th-seeded Anastasija Sevastova of Latvia 6-2, 6-0 in just 59 minutes.