Wawrinka means business as he opens with easy victory in Wimbledon 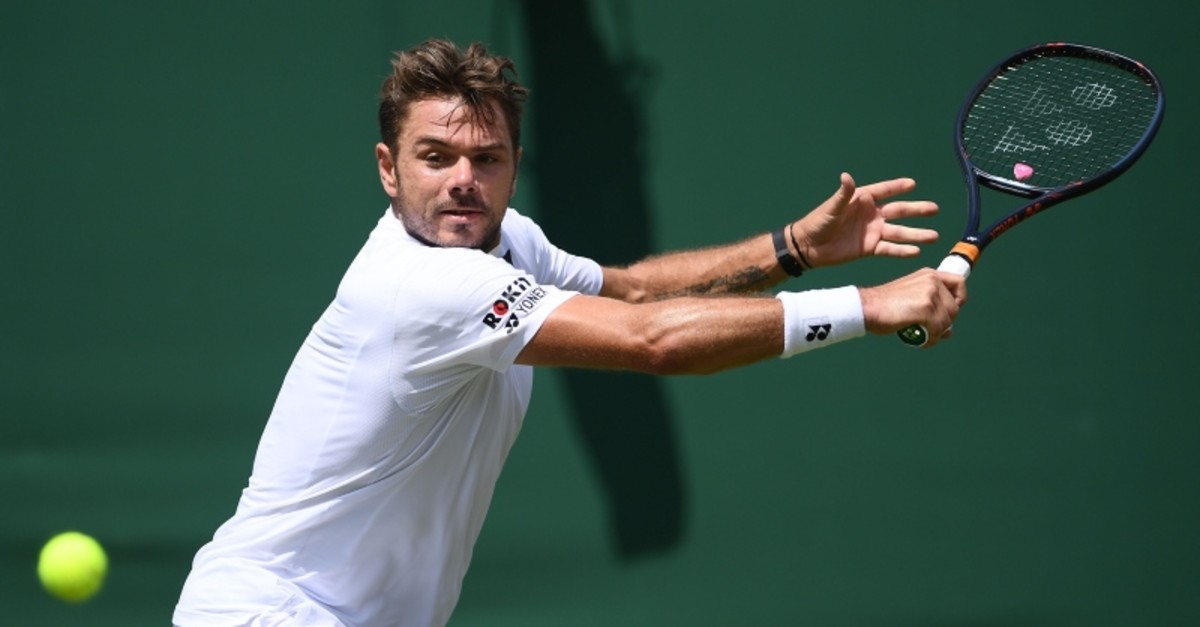 Stan Wawrinka was barely mentioned in the Wimbledon build-up with all the focus on the men's "big three" and the young guns hoping to shake things up but the Swiss means business. Outside of eight-time champion Roger Federer, twice winner Rafael Nadal and defending champion Novak Djokovic, Wawrinka is the only other multiple Grand Slam champion in the draw. With the weapons at his disposal, a beefy serve and a sublime backhand and a big match mentality, Wawrinka should at least part of the conversation when it comes to discussing contenders to make a deep run this fortnight. The 34-year-old needs a Wimbledon title to complete his career Grand Slam and while, for whatever reason, he has never thrived on the All England Club lawns, he looked razor sharp as he began his 15th successive appearance.

On a sunny Court Two against Belgian qualifier Ruben Bemelmans he belted 26 winners in a 6-3 6-2 6-2 victory that took less than an hour and a half. Admittedly left-hander Bemelmans, ranked 171, was having a decidedly ordinary day with his forehand misfiring completely but it was a powerful statement by Wawrinka nonetheless.

A year ago Wawrinka arrived at Wimbledon ranked outside the top 200 having had knee surgery after the 2017 Championships. On that occasion he beat Grigor Dimitrov in the opening round but then lost to qualifier Tomas Fabbiano. Surprisingly for a player of his class Wawrinka has only reached two quarter-finals at Wimbledon, in 2014 when he lost to Roger Federer and in 2015 when beaten by Richard Gasquet. It is his worst Grand Slam, with his win over Bemelmans improving his career record there to 20-14, compared to 42-14 at Roland Garros, 40-12 at the U.S. Open and 38-13 in Australia. He has not been into the third round since 2015 and to end that sequence he will have a stern test next against giant American Reilly Opelka.

Returning to the lush grasscourts of Wimbledon proved to be just the tonic Kevin Anderson needed yesterday as the 2018 runner-up buried memories of an injury-hit year by easing into the second round with a 6-3 6-4 6-2 win over Pierre-Hugues Herbert.

The South African, who had played only three tour-level events this year before arriving at Wimbledon due to an elbow injury, moved around a sun-kissed Court Three with ease to dispatch doubles specialist Herbert.

The straight-sets win would have come as a huge relief to fourth seed Anderson considering Herbert appeared to be in fine form on grass having reached his first tour level semi-final on the surface at the Halle warm-up tournament. Herbert can now look forward to getting more vocal support from the local fans as he will be back on court alongside Andy Murray this week, with the duo bidding to win the men's doubles title as the Briton continues his recovery from hip surgery.

For Anderson, he would have been delighted to get off court with a win that took a mere one hour 46 minutes considering the last time he held aloft his arms in victory at the All England Club, it was after surviving a six-hour 36 minute epic against John Isner in last year's semi-final.