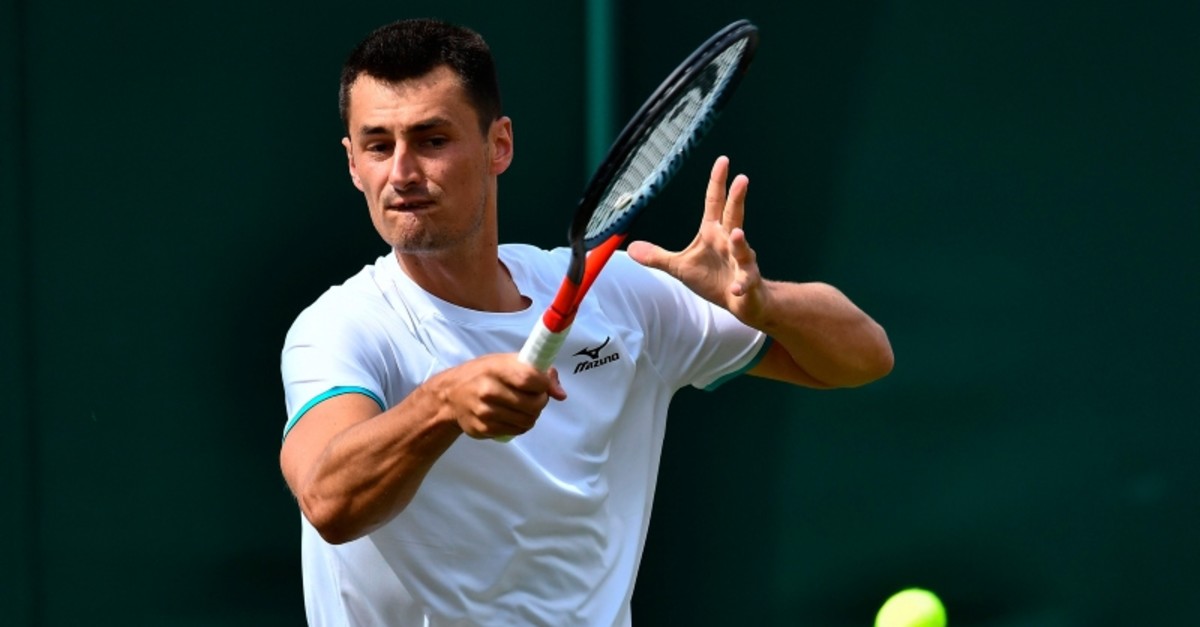 Australia's Bernard Tomic returns against France's Jo-Wilfried Tsonga during their men's singles first round match at the 2019 Wimbledon Championships in southwest London, on July 2, 2019. (AFP Photo)
by Compiled from Wire Services Jul 04, 2019 1:03 pm

Australian tennis player Bernard Tomic has been fined 45,000 pounds ($56,500) for not meeting "the required professional standards" in his first-round loss at Wimbledon.

The controversial Tomic, who had been accused of not trying previously in his career, lost 6-2, 6-1, 6-4 to France's Jo-Wifried Tsonga on Tuesday.

"It is the opinion of the referee that the performance of Bernard Tomic in his first round match against Jo-Wilfried Tsonga did not meet the required professional standards," said a statement by the All England Club.

"Therefore he has been fined the maximum amount of £45,000 which will be deducted from prize money."

His fine is the same amount of prize money singles players get for losing in the first round.

Tomic reached the Wimbledon quarterfinals is 2011. Five years later, he was fined $15,000 at the All England Club and dropped by his racket sponsor for saying during a news conference that he was "a little bit bored out there" after losing a match.