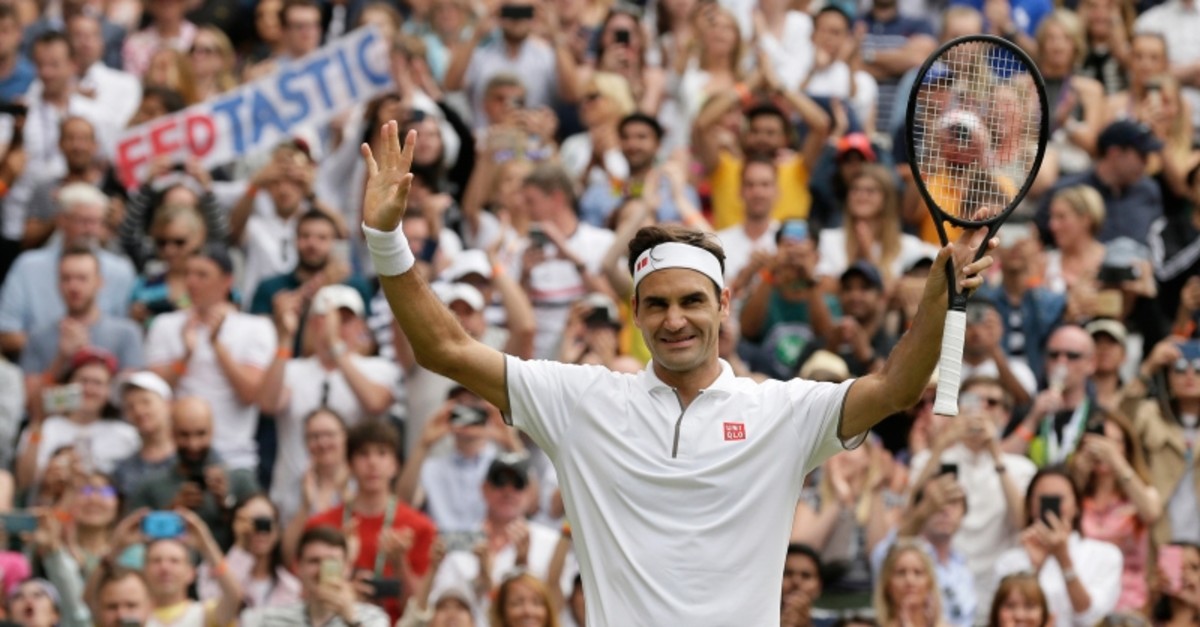 Roger Federer, Novak Djokovic and Rafael Nadal have all progressed to the last 16 of Wimbledon. With few seeds left to challenge the trio, one of them seems set to lift the trophy once again

Men's grand slam tennis has been dominated by three athletes over the last decade and it looks likely to continue at this year's Wimbledon. Eight-time Wimbledon champion Roger Federer, world number one Novak Djokovic and undisputed French Open king Rafael Nadal have won a combined total of 53 major titles. Together, this elite trio has claimed the previous 10 grand slam trophies and one of the three has been crowned Wimbledon champion in 14 of the last 16 years, with Briton Andy Murray's success in 2013 and 2016 breaking the chain.

Nadal believes the era he has shared with his Swiss and Serbian rivals will probably not be seen again. "Honestly what we achieved in the Grand Slams, in tennis in general, during the last 14, 15 years is something special," said the Spaniard, who has 18 major trophies including 12 French Open titles.

"In the same moment, to have three players that achieved that much is something difficult to repeat because we played more or less at the same time... It's going to come when somebody is going to beat us or we are going to leave because we are not young anymore."

The top three seeds have all reached the second week of Wimbledon with relative ease, as the young stars tipped to be their successors fell at the first hurdles of the grass grand slam.

Federer said he has been in their shoes as a breakthrough star struggling on grass back at the turn of the millennium.

"I think the surprises were definitely there that first day with Stefanos (Tsitsipas) and Sascha (Zverev) and Dominic (Thiem)," Federer said after earning a record-breaking 17th appearance in Wimbledon's last 16.

"I have a great record here," he said. "We obviously also have better draws because we're seeded, and we're away from the bigger seeds earlier. Our path to the fourth round is definitely not as hard."

Nadal and Federer are in the same half of the draw and if things go their way in the second week, they are penciled in for a semifinal meeting.

Djokovic has a favorable run to that stage with the highest seed in his half being Canadian number 15 Milos Raonic, but the four-time champion said he will not look at any match as a warm-up for Sunday's final. "It's a surprise not to have any top 10 player left in my side of the draw," Djokovic said. "My attitude towards every next opponent is not going to change because he's not ranked as high as someone else."

All three - Federer, Nadal and Djokovic - are aiming to become the first man to win five majors over the age of 30.

When Federer was asked what it would take to end his campaign for a ninth Wimbledon championship this year, he said, "I hope it's going to take a special performance from somebody to stop me, not just a mediocre performance."