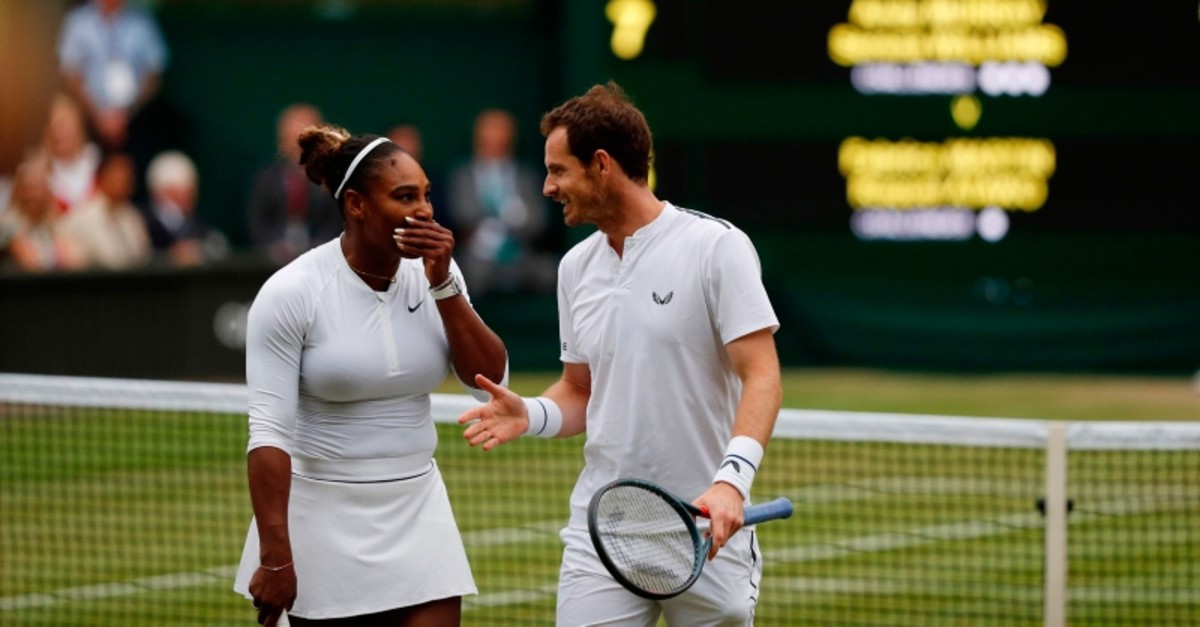 Andy Murray and Serena Williams continued their superstar partnership in the mixed doubles at Wimbledon with a 7-5, 6-3 triumph against 14th seeds Fabrice Martin of France and American Raquel Atawo on Tuesday.

They progress to face the top seeds in the third round, where they will meet Brazil's Bruno Soares and American Nicole Melichar, who won the title last year with Austria's Alexander Peya.

Murray and Williams, who have 26 grand slam singles titles between them, decided to pair up in a bid to retain match fitness after they have both struggled with injury.

Britain's Murray, 32, had a recurring hip injury that was causing him pain but returned to doubles action in June at the Queen's Club Championships following successful surgery.

Williams, who advanced to the singles semi-finals earlier, has been struggling with knee and ankle problems since the French Open.

In their match, the 37-year-old American got the pair up and running with the first set lead. Williams screamed as she hit a lofted forehand stroke to seal the advantage at the last minute in game 12.

The grand slam-winning pair had five chances to break at 1-0 in the second set, and Williams unlocked the fifth opportunity with a rapid first time return.

Frenchman Martin issued a long ball to give Murray and Williams a match-winning margin, which they extended to 3-0 following a timely drop shot from Murray.

Serving for the match at 5-3, Williams opened up match point with a quick-reaction volley and Murray complimented the move with an ace to emphatically end the day's action on Centre Court.