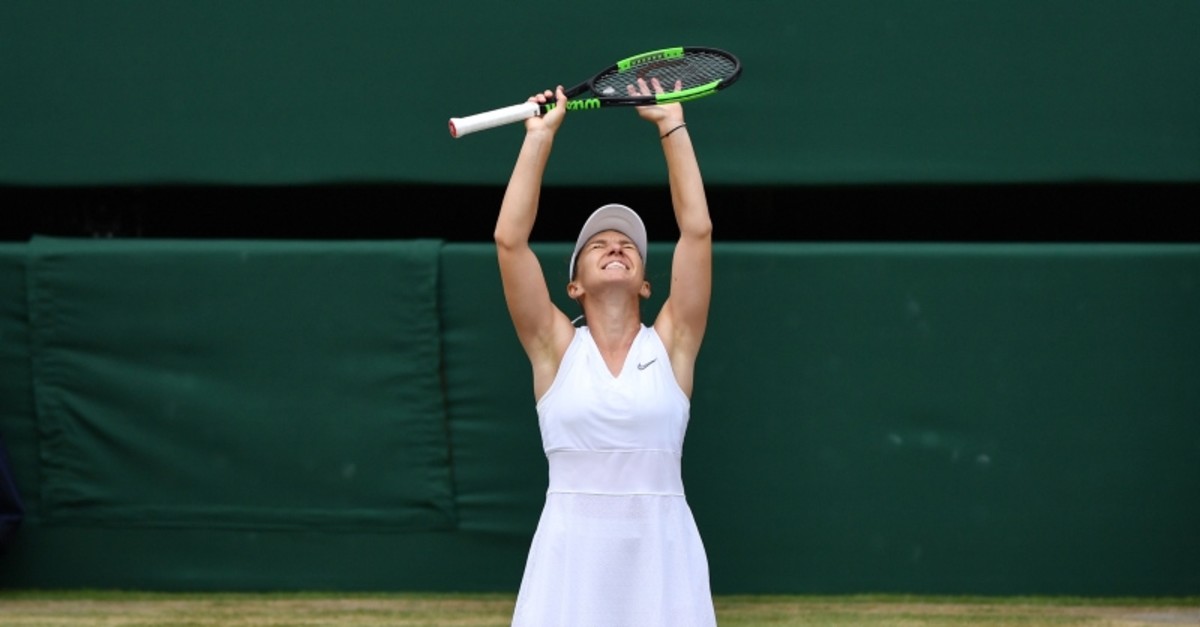 Romania's Simona Halep celebrates beating US player Serena Williams during their women's singles final on day twelve of the 2019 Wimbledon Championships at The All England Lawn Tennis Club in Wimbledon, southwest London, on July 13, 2019. (AFP Photo)
by Compiled from Wire Services Jul 13, 2019 5:16 pm

Simona Halep has made Wimbledon history by becoming the first Romanian to win the grand slam with a 6-2, 6-2 victory over seven-time champion Serena Williams on Saturday.

Williams faltered through errors to concede a two-break 4-0 deficit, allowing Halep to serve out the first set in 26 minutes.

Halep rallied to break twice for a match-winning 5-2 margin and finished off the contest in 56 minutes on Centre Court.

Halep made only three unforced errors, a remarkably low total and 23 fewer than Williams.

It is Halep's second grand slam triumph following her 2018 French Open, while Williams has lost three consecutive finals from her appearances in the Wimbledon and U.S. Open finals last year. She was the runner-up to Angelique Kerber at Wimbledon a year ago.

Defeat for 37-year-old Williams, a seven-time Wimbledon champion who won the last of her 23 Slam titles at the 2017 Australian Open, meant her attempt to equal Margaret Court's all-time record for major wins was put back on ice until at least the U.S. Open.