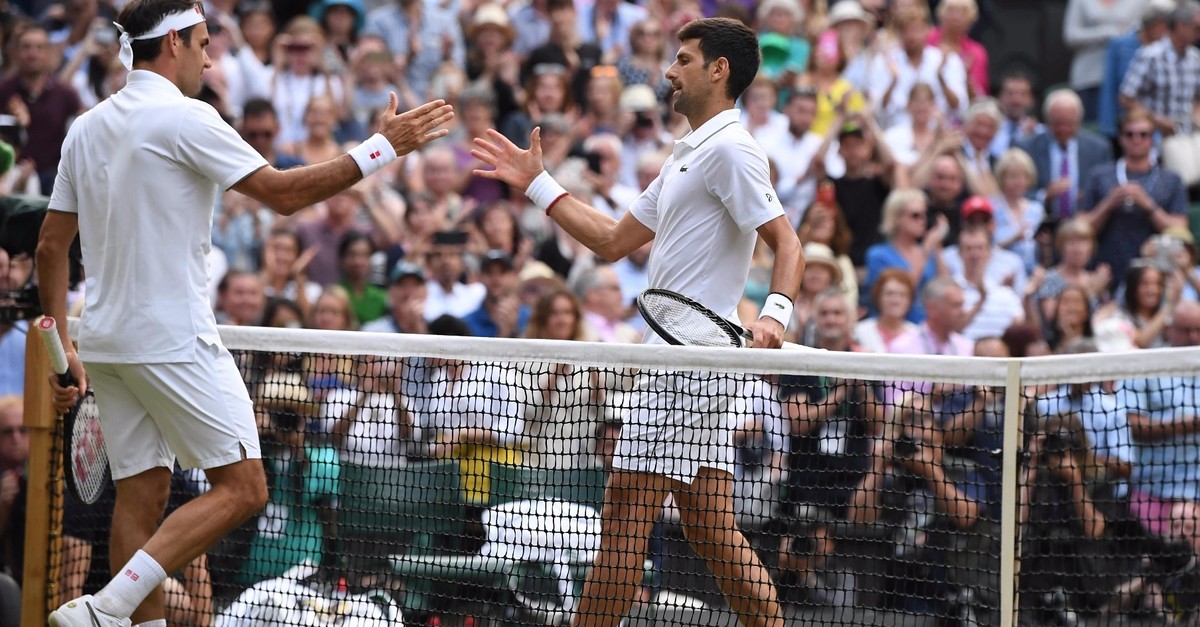 World No. 1 and reigning Wimbledon champion Novak Djokovic says his final against Roger Federer in the nearly five-hour epic encounter was more of a mental challenge than a physical one

Five-time Wimbledon champion Novak Djokovic is relieved he won the "most mentally demanding match" of his career after triumphing in the longest-ever Wimbledon final against Roger Federer on Sunday.

The 32-year-old Serb saved two match points at 8-7 with Federer serving for the championship but fought back to win over five sets with a 7-6 (7-5), 1-6, 7-6 (7-4), 4-6, 13-12 (7-3) victory in four hours and 57 minutes. It was nine minutes longer than the previous record of four hours and 48 minutes set by Federer and Rafael Nadal in the 2008 final, while also being the first to use the tiebreak decider at 12-12. Djokovic has broken a championship match record with Nadal before after they shared five hours and 53 minutes in the 2012 Australian Open to break the barrier for the longest grand slam final in history.

The world number one made a comparison between his latest win and his longest match back in Melbourne. "It was probably the most demanding, mentally most demanding, match I was ever part of," said Djokovic. "I had the most physically demanding match against Nadal in the finals of Australia that went almost six hours. But mentally this was different level, because of everything." He added: "It was one shot away from losing the match, as well. This match had everything. It was a huge relief [to win] in the end."

Djokovic couldn't have asked for a tougher opponent than Federer, who has won more titles and more matches on grass than any other player with 19 trophies and 187 match wins. Federer's record on the surface is remarkable but Djokovic says it was important for him to visualize victory beforehand. "I obviously try to play the match in my mind before I go on the court," said the 16-time major winner. "I probably could not play this kind of scenario. I always try to imagine myself as a winner. I think there is a power to that."

At 12-12 in the fifth, the tie-break was used for the first time, which was introduced after Kevin Anderson and John Isner spent over six hours on court in last year's semifinals, which Federer said he respected. "I was still happy to be at 8-all, 9-all. You try to see the positives, you try to take it as a good thing," said the 37-year-old after competing in a record-extending 12th Wimbledon final. "I respect whatever the rule is. You play with it." After getting his hands on a fifth All England Club trophy, Djokovic pockets 2.35 million pound (approximately $2.95 million) prize money and closes the gap on his rivals' achievements.

Djokovic has now won four of the last five grand slams to add to a total of 16, which leaves him two behind Nadal on 18 and four away from Federer's leading total of 20 majors on the all-time record list. When asked if he could reach or even surpass the two players in front of him, Djokovic said their achievements motivate him to do better in the sport. "It seems like I'm getting closer, but also they're winning slams," Djokovic said. "We're kind of complementing each other. We're making each other grow and evolve and still be in this game. Those two guys are probably one of the biggest reasons I still compete at this level. The fact that they made history of this sport motivates me as well." "Whether I'm going to be able to do it or not, I don't know."

Djokovic ate one unusual meal to refuel after the match with a patch of grass he picked from Center Court. When he was asked how it tasted, he said: "Better than ever."