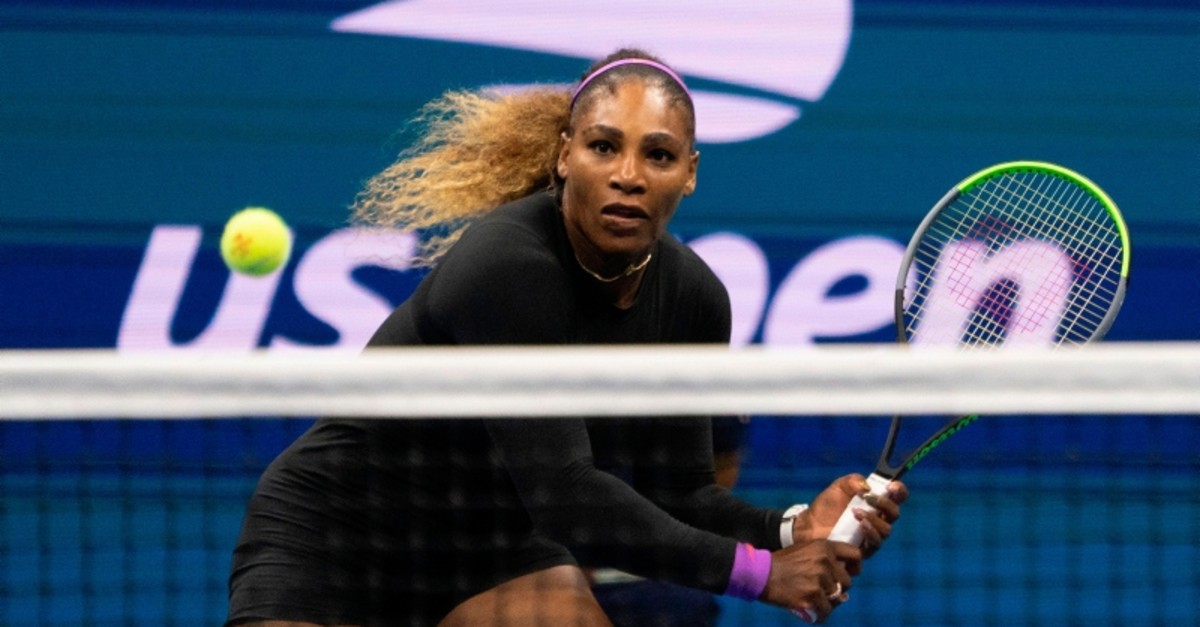 Serena Williams of the US hits a return to Elina Svitolina of the Ukraine during their Singles Women's Semi-finals match at the 2019 US Open at the USTA Billie Jean King National Tennis Center in New York on September 5, 2019. (AFP Photo)
by Sep 06, 2019 8:58 am

Serena Williams will face Canadian teenager Bianca Andreescu for the U.S. Open title as the American set herself up for another attempt to clinch a record-equaling 24th Grand Slam singles title.

Williams, who turns 38 this month, cruised into a 10th U.S. Open final Thursday by brushing aside fifth seed Elina Svitolina 6-3, 6-1, earning her 101st win at the tournament to draw level with Chris Evert for the most in history.

Williams is seeking to match Margaret Court's all-time record of 24 major titles and will play 19-year-old Andreescu, who defeated Belinda Bencic 7-6 (7/3), 7-5, on Saturday in her bid for a record seventh U.S. Open triumph.

"To be in yet another final, it seems honestly crazy. But I don't really expect too much less," said Williams, who is through to her 33rd major final.

"I've had so many chances to pass it (Court's record) and to have a lot more, but it's cool because I'm playing in an era with so many — five eras with so many amazing players."

She won her first Grand Slam title at the 1999 U.S. Open — before Andreescu was even born — but has lost her last three major finals since capturing the 2017 Australian Open crown while pregnant. She hasn't won the U.S. Open since 2014.

"I know how (Svitolina) can play, she's such a good player," Williams said. "Obviously two semis in a row is really hard to do and I just wanted to not get off to a slow start and I wanted to hang on in there."

Williams, who was beaten by Simona Halep in the Wimbledon final in July, returns to the championship match in New York a year on from her infamous meltdown in a loss to Naomi Osaka overshadowed by controversy.

Svitolina, 24, was attempting to become just the second Ukrainian to play in a Grand Slam singles final after Andrei Medvedev, who lost in five sets to Andre Agassi at the 1999 French Open.

Andreescu, who fell in U.S. Open qualifying the past two years, continued her meteoric rise on her main draw debut in New York to overcome former Swiss prodigy Bencic.

The 15th-seeded Canadian played catch-up for much of the opening set and saved a set point at 4-5 with a forehand winner, but she rattled off the first five points of the tie-break and sealed it when Bencic swatted a forehand long.

Bencic, the 13th seed, raced 5-2 ahead with a double break in the second set but Andreescu refused to buckle and reeled off the final five games to set up a rematch of last month's Toronto final against Williams, who retired from that clash with a back injury.

"It's just surreal. I really don't know what to say. It's a dream come true playing Serena in the finals of the U.S. Open. It's crazy, it's crazy," Andreescu said.

"I think it's just all the hard work I've put in through the years. If someone told me a year ago I would be in the U.S. Open final this year, I'd tell them they were crazy."

Andreescu is trying to become the first Canadian singles Grand Slam champion, and could be the fourth first-time major champion in five years to win the women's U.S. Open title.

"It was really just about some points that turned everything around. Also in the second set, I think I had so many break chances which I didn't use. But I think she played the best on them," Bencic said.

"She totally deserves to be in the final."