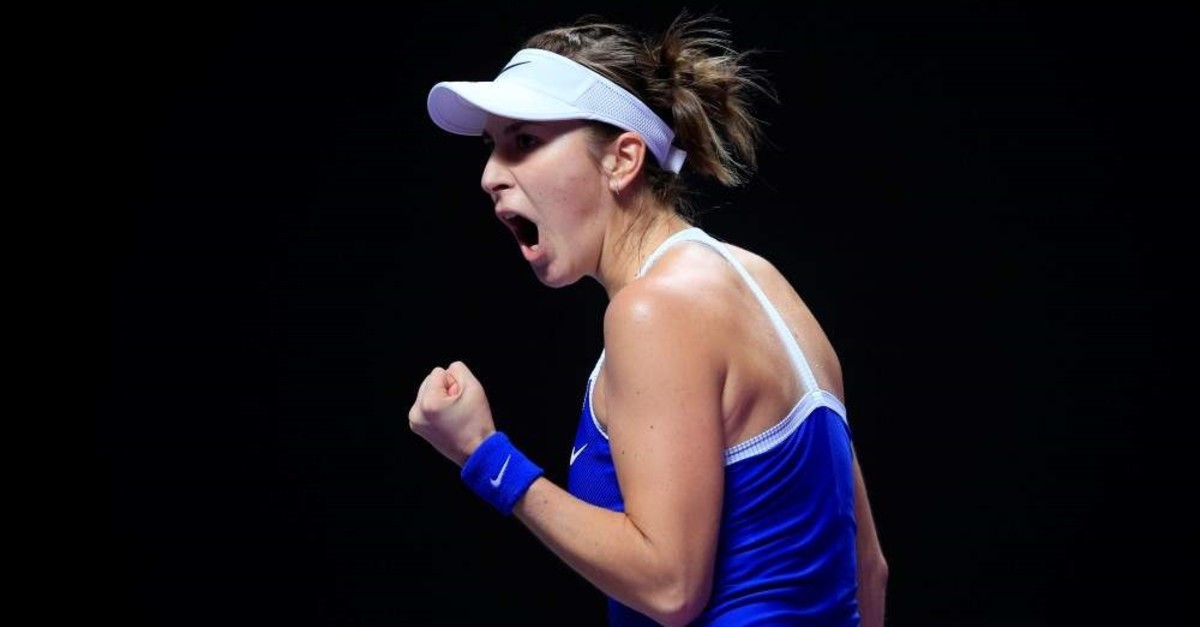 Belinda Bencic celebrates during her match against Kiki Bertens, Shenzhen, Oct. 31, 2019. (REUTERS Photo)
by Oct 31, 2019 5:08 pm
Belinda Bencic claimed her first win in four meetings with Kiki Bertens to reach the semifinals of the WTA Finals in Shenzhen after her Dutch opponent retired with an illness on Thursday. The 22-year-old Swiss, who is making her tournament debut, was winless in her previous three matches against Bertens, who replaced Naomi Osaka in the draw when the Japanese star withdrew from the event on Tuesday with a shoulder injury.
Bencic fought back from a break down in the first set before Bertens called it quits while trailing 5-7, 0-1. Bencic will take on Elina Svitolina in the semifinals, while Ashleigh Barty awaits the winner of Friday's contest between Simona Halep and Karolina Pliskova. "I'm really sorry for her, I think maybe the gas ran out, it's the end of the season and we're all exhausted," said Bencic of Bertens. "I'm super happy with how I fought in the first set. I'm excited to be in the semis. I was dreaming of this while I was injured. The hard work really paid off."
Last Update: Dec 20, 2019 1:21 am
RELATED TOPICS