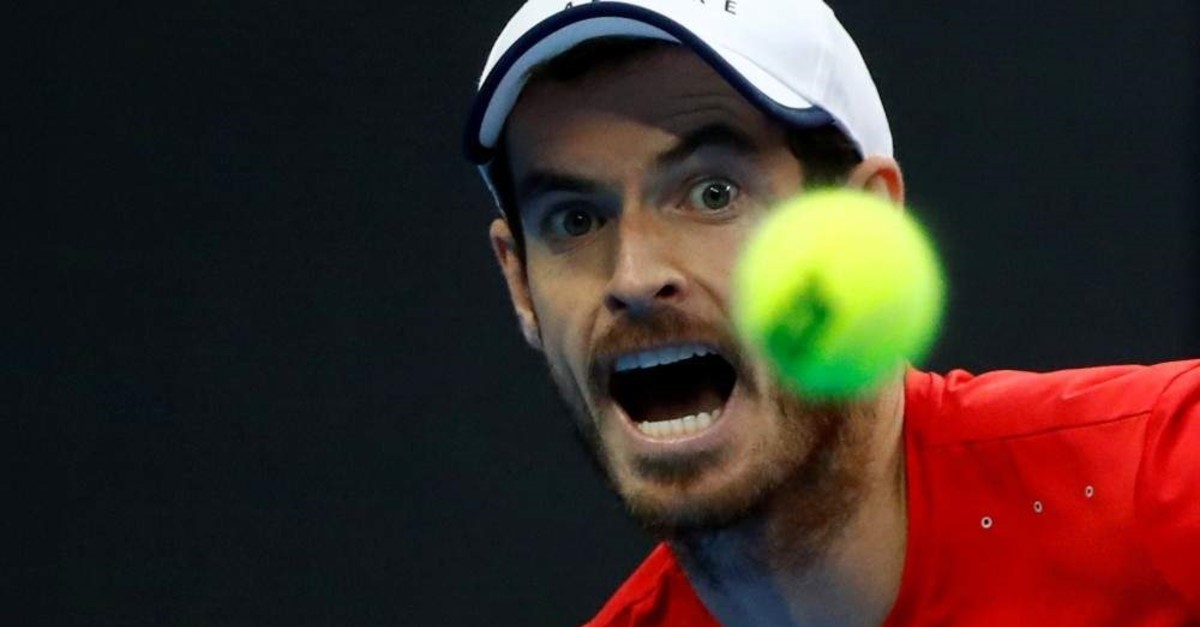 Andy Murray in action against Dominic Thiem, Beijing, Oct. 4, 2019. (Reuters Photo)
by Nov 14, 2019 4:18 pm
Former world No. 1 Andy Murray is in line to play Grigor Dimitrov in the opening round of the inaugural ATP Cup, with Bulgaria qualifying among the final six teams in the nation-based tournament. Briton Murray, on the comeback trail after hip surgery, was initially set to face Roger Federer in a blockbuster Group C clash in Sydney but the 20-times Grand Slam champion pulled out of the Jan. 3-12 tournament, making Switzerland ineligible. Bulgaria has replaced Switzerland in the group, meaning Murray instead faces a prospective match with Dimitrov, dubbed "Baby Fed" for his similar playing style to the Swiss master.
Chile, Poland, Uruguay, Moldova, and Norway are the other five teams that qualified for the 24-nation field at the close of the second and final deadline. The six group winners and the two best second-placed finishers across the groups reach the ATP Cup Finals in Sydney. Each tie comprises two singles and one doubles match. World No. 1 Rafa Nadal kicks off his tournament with Spain in Perth against Group B rivals Japan, Georgia, and Uruguay, the tournament draw confirmed on Thursday. Serbia, led by world No. 2 Novak Djokovic, play Chile, France, and South Africa in Group A in Brisbane.
Russian young gun Daniil Medvedev, beaten in the U.S. Open final by Nadal, will highlight Group D for Russia against the United States, Italy, and Norway. Group F has Germany, Greece, Canada, and Australia playing off in Brisbane and boasts a mouthwatering array of young talent. German world No. 6 Alexander Zverev is likely to feature in the singles along with Greek tyro Stefanos Tsitsipas and tempestuous Australian Nick Kyrgios.