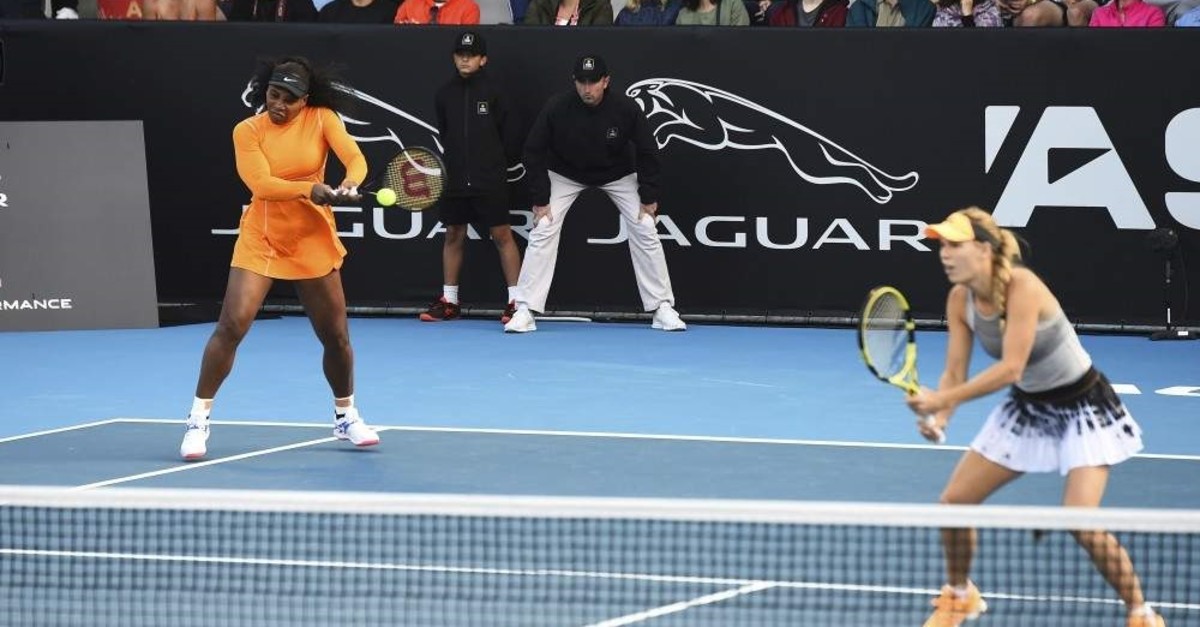 Serena Williams and Caroline Wozniacki teamed up in the doubles for the first time to beat Japanese pair Nao Hibino and Makoto Ninomiya 6-2 6-4 at the Auckland Classic on Monday.

Wozniacki is set to retire after the Australian Open later this month and Williams said she wanted to partner the Dane before she hung up her racket.

"I had to play with her before she retires," the 38-year-old Williams said after the win saw the unseeded pair advance to the quarterfinals, where they could face the top seeds Caroline Dolehide and Johanna Larsson.

The Japanese duo struggled to deal with Williams' powerful serve in the opening stages before they got the measure of the American veteran to break her once. But Williams and Wozniacki, who looked relaxed throughout the match and even found the time to joke with each other, continued to press in the second set and wrapped up the match in 71 minutes. Williams and Wozniacki begin their singles campaigns at Auckland on Tuesday.

In Monday's singles matches, French eighth seed Caroline Garcia rallied to beat American Taylor Townsend 5-7 6-3 7-5 in a match that lasted over two and a half hours.

American teenager Coco Gauff, the youngest player in the draw at 15, saw off the challenge of last year's semi-finalist Viktoria Kuzmova to advance with an impressive 6-3 6-1 victory in 61 minutes.