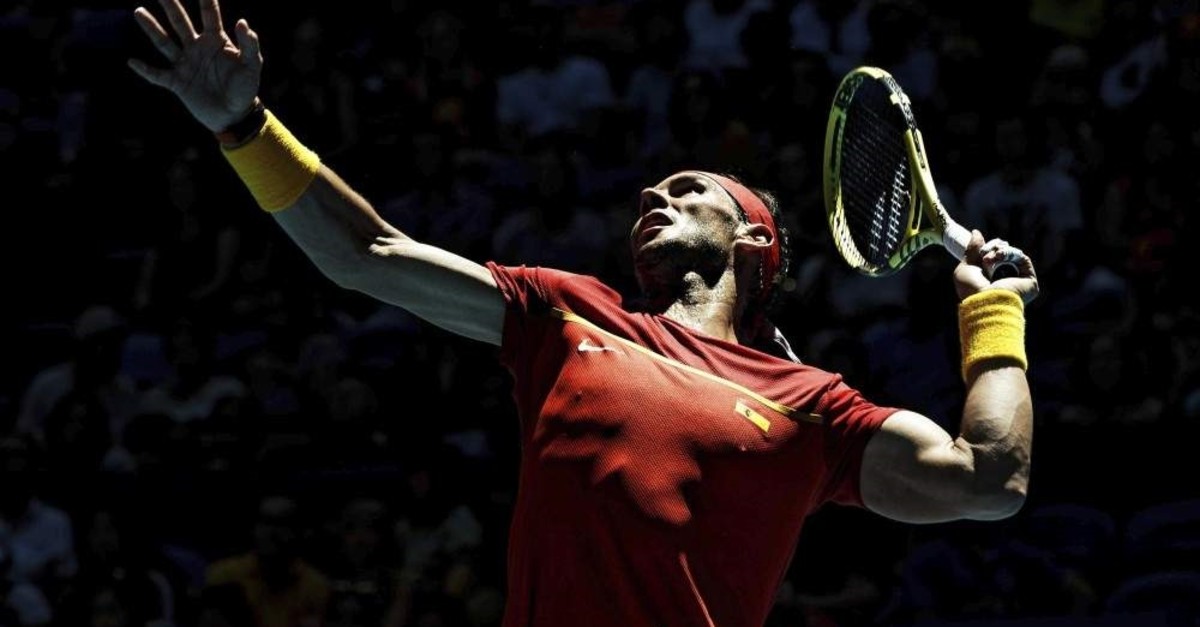 Unbeaten Spain – who won the revamped Davis Cup in Madrid in November – finished top of Group B with world number 10 Roberto Bautista Agut downing Go Soeda 6-2, 6-4 to secure the tie.

Nadal has yet to drop a set, but he was looking sluggish at times ahead of the Australian Open, where he aims to equal Roger Federer's record tally of 20 Grand Slam titles.

The long exchange against an unwavering Nishioka seemed to take a physical toll on Nadal, who appeared weary in Spain's first-day session tie in the hot Perth conditions.

"It's the first time I played under these heavy conditions, so the feeling on the court is completely different," Nadal said. "I played against an opponent who has started the season on fire."

Nadal struggled to find his rhythm against the defensive prowess of 24-year-old Nishioka, who counterattacked superbly to break twice in an engrossing first set but could not close it out in the 10th game.

The 33-year-old remained under pressure in the second set and was forced to fend off three break points in the sixth game before eventually pulling away.

Japan surprisingly finished second in Group B after world number 13 Kei Nishikori and Yasutaka Uchiyama, their third-best player, withdrew before the tournament and they are still in the mix to advance to the knockout stages in Sydney.

He was made to work harder against world number 119 Soeda but proved far too strong and broke three times in the 79-minute match.

"I'm happy about the way I played today, as it was my first match (this season) in the heat in Australia," he said.

Meanwhile, his long-time rival, world number two Novak Djokovic, had an easier outing in Brisbane, strolling past Chile's Cristian Garin 6-3 6-3 to stay undefeated in the new year and to ensure that Serbia will travel to Sydney for the knockouts having won all three of their ties.

Speaking after the game, Djokovic said he wasn't fazed by having to play three top players in a row to start the season.

"I've never minded, to be honest, to face tough adversity from the blocks and have high-intensity matches from day one of the season," Djokovic, a 16-time grand slam winner, said.

"I had Kevin Anderson who was playing some extraordinary tennis. I thought it was the toughest match I've played here in Brisbane."

"And again against (Gael) Monfils, even though it was straight sets, it was still a lot of rallies and it was quite long and exhausting."

"I really am really happy with the challenges that I've had in the last six, seven days here, and hopefully that can allow me to build my form for Sydney and Melbourne later."

Serbia now travels to Sydney, where they will take on the eighth-ranked team in the quarter-finals and Djokovic said he expected to have even more support from Serbian fans there than in Brisbane.