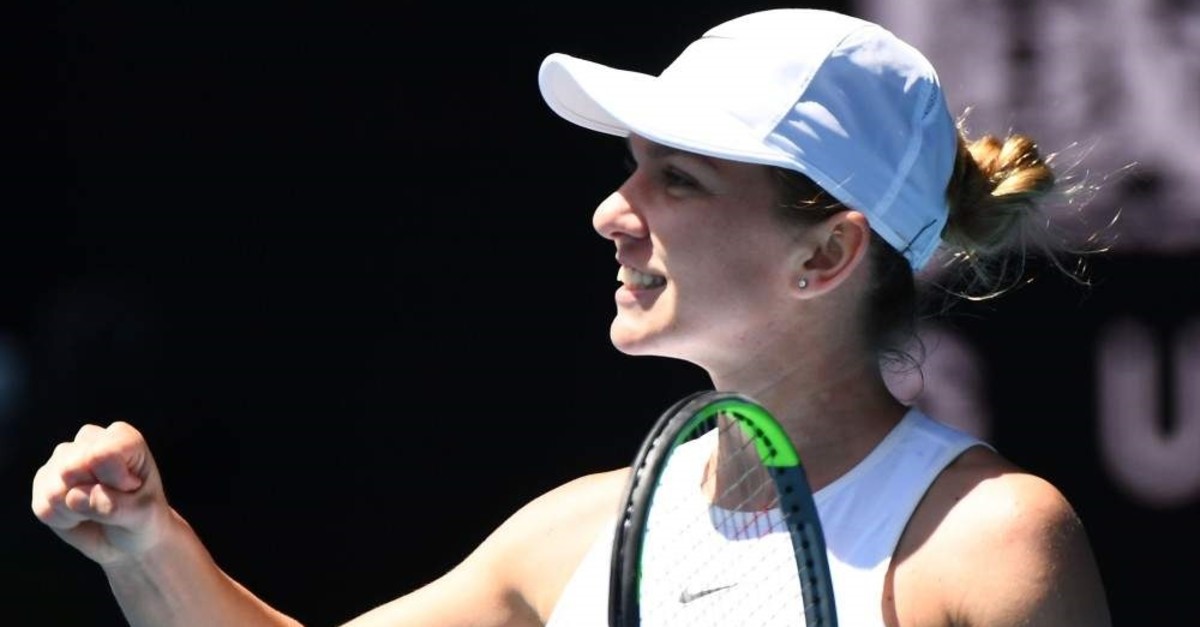 After contrasting preparations, Halep is back in the Australian Open semifinals for the second time in three years, and Muguruza has made it for the first time at Melbourne Park.

Both have already won Wimbledon and the French Open and have been ranked No. 1, as they are bidding for their first Grand Slam title on a hard court.

"Any Grand Slam, it's a priority. I will not just choose one," Halep said. "But, of course, it's going to be great if I will be able to win one on hard court."

There are three major winners in the last four, with reigning French Open champion Ash Barty playing No. 14 Sofia Kenin in the other women's semifinal Thursday. The top-ranked Barty is trying to end a drought for Australians at home as the last woman to win the singles championship was Chris O'Neil in 1978.

Halep has been close before at Melbourne Park. She saved match points in the third round and in the semifinals in 2018 before losing the final in three sets to Caroline Wozniacki.

"It's the opposite this year. It's better, though. I feel with more energy going to the semifinals. I feel more confident. I feel my game," she said. "All in all, I'm confident."

The 28-year-old Romanian said that the tough loss to Wozniacki was the catalyst for her breakthrough win that year at Roland Garros, where she beat Muguruza in the semifinals.

On Wednesday, she needed only 53 minutes to beat first-time major quarterfinalist Kontaveit 6-1, 6-1.

"Perfection doesn't exist, but I'm very happy with the way I played. I felt great on the court. I was moving great. I felt the ball, like, really, really good," she said. "It was a great match."

Halep spent three weeks in Dubai, her first offseason away from home, so she could focus fully on 2020. "No days off," Halep said.

Kontaveit held the opening game at love. From then on, it was all one way as Halep went on a relentless, 11-game roll.

Seeded fourth, Halep has advanced to the last four without dropping a set and said she feels like she's playing her best tennis.

Muguruza was ill at the start of the tournament and lost her first set 6-0 before recovering to beat U.S. qualifier Shelby Rogers in three sets, conceding just one further game in the match. She has followed that up with wins over two top 10 players – Wimbledon and U.S. Open semifinalist Elina Svitolina and No. 9 Kiki Bertens.

The 26-year-old Spaniard took a little more than 1.5 hours to eliminate No. 30 Anastasia Pavlyuchenkova 7-5, 6-3 in the quarterfinals, with both players struggling with their serves with the sun shining brightly at one end. The win earned Muruguza a spot in the Grand Slam semis for the first time since Roland Garros in 2018.

The loss dropped Pavlyuchenkova to 0-6 in the quarterfinals at majors as she has entered 49 Slams without reaching the final four once.

Her time on the mountain was "definitely a life-changing experience," Murgurza said, although she couldn't explain how because it's too complicated in a tournament environment.

"But it definitely had an impact on me, not as a tennis player, but just in general," she said. "Being through such a tough challenge, I think, yeah, did many things inside of me."

Asked to compare 2016 and 2017 to her most recent two years, she deflected a suggestion that the last two were like being "in a coma."

"I would say I think those years were less successful if you compare them with my previous years," she said. "That's how I see it. I don't see it at all as a coma. I just think you struggle as a player, and there are moments where things don't go your way.

"You just have to be patient and go through the rough moments, just hang in there and it will come back again," she said.