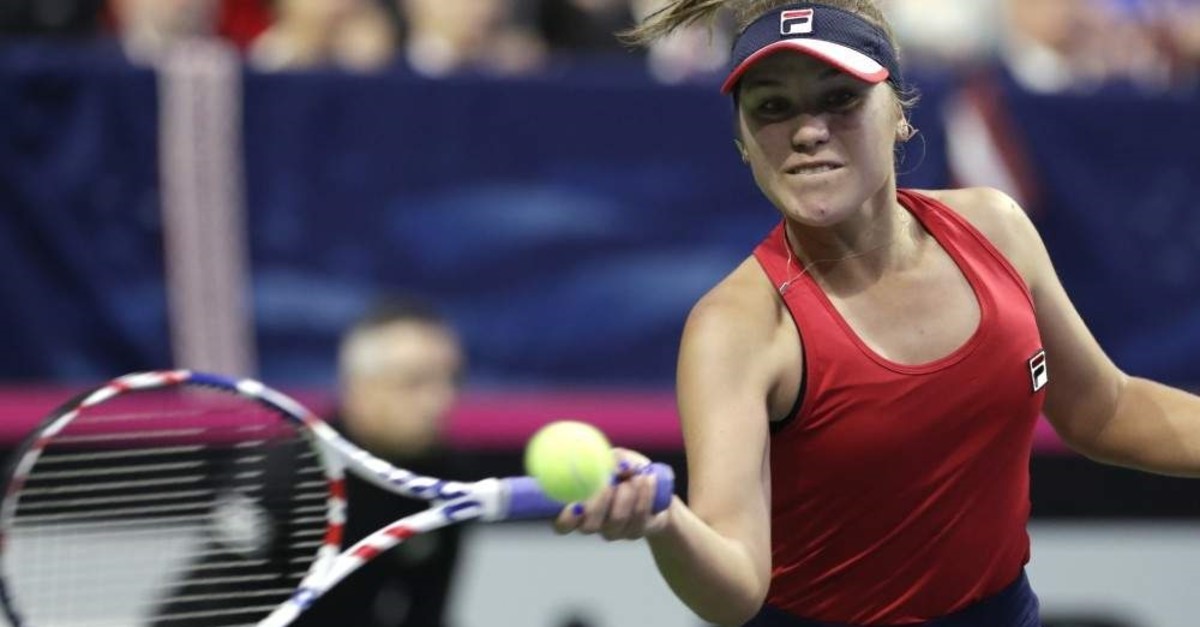 Sofia Kenin and Bethanie Mattek-Sands defeated Jelena Ostapenko and Anastasija Sevastova 6-4, 6-0 in a deciding doubles as the U.S. survived a Saturday scare to beat unheralded Latvia 3-2 and reach the Fed Cup finals.

New Australian Open champion Kenin and Mattek-Sands ensured the U.S. reached the finals in Budapest in April after both Serena Williams and Kenin had been stunned in the singles as Latvia levelled the qualifier 2-2 in Seattle.

"We were playing in the U.S. so obviously the crowd was going to be for Serena. I just tried to give it my best," Sevastova said after her win at the Angel of the Wings arena.

Williams, the 23-time Grand Slam champion, bounced back from losing the first set by cruising through the second set in 33 minutes, but she was outplayed on the big points in the second tiebreak.

Sevastova used her powerful serve to deliver aces at key moments, and a precision forehand ended Williams' perfect streak at 14 wins after a 2 hour, 25 minute marathon.

Williams looked fatigued in her first Fed Cup singles match in four years. She had played doubles with sister Venus in her last tournament appearance in 2018.

Williams' loss to Sevastova comes just weeks after she was shocked by China's world No. 27 Wang Qiang in the last 32 of the Australian Open.