Turkish tourism to peak in 2014 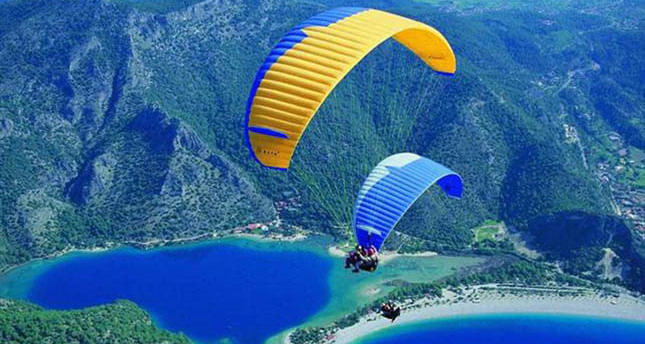 The Turkish tourism sector expects around 35 million tourists to come to the country in 2014, with revenues reaching $32 billion, said Başaran Ulusoy, the president of the Association of Turkish Travel Agencies (TURSAB)

ISTANBUL – Located on the Black Sea and a prime holiday destination under the Soviet Union, Crimea and its economy relies heavily on tourism with resorts such as Yalta and Evpatoria attracting crowds in the summer.

However, with Russian soldiers and warships now in place of sun-seeking tourists and cruise ships, the resorts are already looking at a loss-heavy season. "A lot of people have decided not to go to Crimea on vacation because it's dangerous, it's not a safe place," said Sevgil Musaeva, a wellknown Ukrainian economic journalist. "So a lot of people will go to Turkey or Sochi," the Russian Olympic resort that is currently hosting the Paralympic Games even as the threat of war looms across the vast sea. "Last year there were more than two million tourists in Crimea, what will it be this year? I can't imagine," Musaeva said.

Başaran Ulusoy, the president of the Association of Turkish Travel Agencies (TURSAB) noted that "regardless of what happens in Crimea, Turkey's tourism sector will peak in 2014." Speaking with Daily Sabah, Ulusoy highlighted that the tourism sector will grow 10-12 percent in 2014. "We aim to host more than 35 million tourists in 2014 and contribute about $32 billion to Turkish economy," he said and added:

"More importantly, while the number of Turkish citizens who went abroad for any reason was 568,000 in 2001, the figure multiplied by 2013 reaching eight million. This is equally important for us."