Taste of fish unforgettable for tourists in Turkey 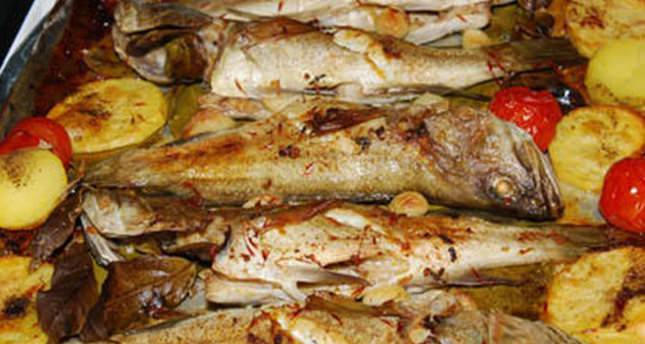 by Daily Sabah May 02, 2014 12:00 am
ISTANBUL — The largest producer of many species of fish, mainly sea bass and sea bream, Turkey's fish exports were increased by tourism. Head of Aegean Fishery and Animal Products Exporters Association Sinan Kızıltan stated that foreign tourists play an important role in promotion of Turkey's bass and bream.Kızıltan noted Mediterranean fish has become popular around the world, which favorably affected Turkey's fish exports. "Despite rising consumption, sea bass and sea bream are not very well known in the new markets we try to enter," he said and gave the example of the unexpected rate of increased consumption of sea bass in Russia in the last five years. "We recognize the great contributions of both corporate efforts and tourism. The fact that tourists demand the fish they tasted in Turkey in their countries effectively boosts exports.A Russian tourist who tried bass grill in Antalya wants to have the same fish in Russia. The abundance of sea bass and sea bream on the menus of Turkish restaurants promotes these products," Kızıltan concluded.