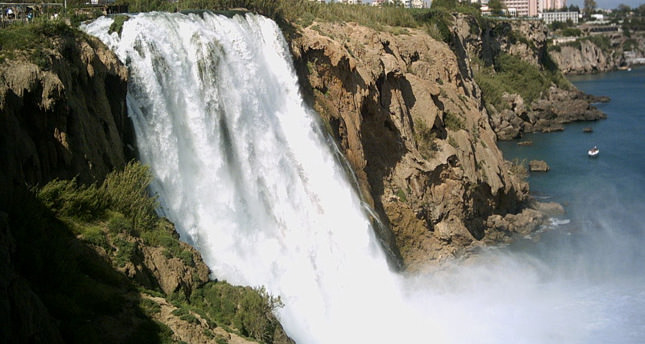 by Daily Sabah May 08, 2014 12:00 am
ISTANBUL — According to a May report released by the Mediterranean Touristic Hoteliers and Proprietors Association, the number of the visitors coming to Antalya in the first quarter of the year was 1.32 million, an increase of 5.1 percent compared with the same period of the previous year. Antalya hosted 1.25 million tourists during that period last year. The report indicates much of the increase was visitors coming from Iran and Israel.

Moreover, Antalya attracted more people from the Netherlands and the U.K., with an increase of 4 percent. Although there was a decline in the Iranian market last year, it grew over four times in the January to April period. The number of Iranian tourists was over 53,000, an increase of 463.9 percent, while the Israeli market increased by 146.5 percent, reaching 39,000 tourists.

A drastic decline of 19.4 percent was observed in the Ukrainian tourism market due to the political tension the country is currently facing.

Among Turkey's competitors in the Mediterranean area, Greece closed the three month period (January to March) as the fastest growing country with respect to the tourism industry. Spain attracted the largest number of foreign tourists, with over 10 million. In the same period, Turkey attracted 4.3 million people, an increase of 3.2 percent. The Egyptian tourism market saw a sharp decline of 30 percent due to the political instability in the country. Egypt hosted 2 million people in three months.
RELATED TOPICS