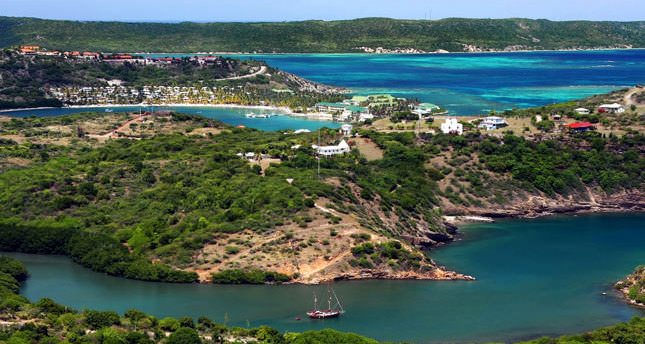 by AA May 12, 2014 12:00 am
IZMIR — Data compiled by Anadolu Agency (AA) shows that the number of Greeks and Turks visiting tourist destinations on both sides of the Aegean Sea has been increasing for several years. Businessmen on both sides appear to be taking advantage of the trend in the region, where ferry boats travel between the two sides twice each week in the winter months and daily during summer. The survey indicates that Greek visitors, enjoying easier accessibility of Turkey's Aegean seaside districts, primarily purchase clothing, furniture, kitchen utensils and durable foods at low prices during their visits.

According to the customs directorate in Çeşme, a district in Turkey's Aegean region, the number of visitor's coming from Chios, the fifth-largestGreek island in the Aegean Sea, has increased by 39.74 percent in the first four months of this year compared to the same period last year. The number hit 33,753 in 2014 compared to 24,155 in 2013.

Speaking to AA, Stamatis Miniotis, whose tourism agency has been operating in Chios since 1989, stated that recently improved relations between Turkey and Greece has seen a rise in reciprocal visits. He added that both countries should work to ease visa restrictions.

He highlighted that due to theeconomic crisis in the country last year, Greek residents were not able to make as many visits to Turkey, however, a recent rise in the euro encouraged Greek people to make the trip. Miniotis said visitors from Chios spend an average of 100 to 120 euros in Kemeraltı, with Turkish sweets like baklava and lokum (Turkish delight)topping the list of their purchases. Bayram Güler, a shopkeeper in Karaosmanoğlu Han said many people come to Turkey from the Greek Islands including Lesbos. "Greek tourists come to Kemeraltı between 10:00 a.m. and 04:30p.m. Within this time period, they spend [quite a bit]. Since they like Turkish foods, they also spend on food," Güler stated.