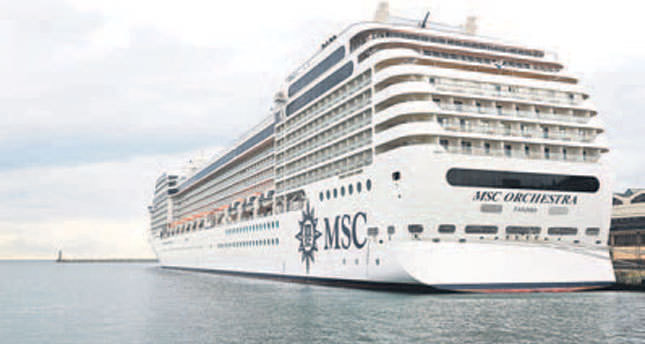 by Daily Sabah May 22, 2014 12:00 am
ISTANBUL — Domestic turbulence in Ukraine, which brought Moscow and Kiev to the brink of war, has changed the routes of the world's giant tourism agencies. The political tension ongoing since January has redirected the routes of cruise ships to Turkey. The largest cruise ship companies in the world have decided to come to Turkey rather than Crimean and Ukrainian ports. Cruise companies added Trabzon, Samsun and Amasra to their list of destinations for summer and autumn instead of Odessa, Yalta and Sevastopol. Monaco-based company Silversea Cruises changed the route of two ships because of the chaos in Ukraine. Preparing to set sail for a Black Sea tour of one week on July 27, the ship Silver Spirit, with a capacity of 540 passengers and 196 meters in length, decided to touch at the port of Trabzon instead of Odessa. According to a statement from the company, another Silversea ship, the Silver Cloud, will start tours on Aug. 20, Sept. 29 and Nov. 13 from Istanbul.
RELATED TOPICS