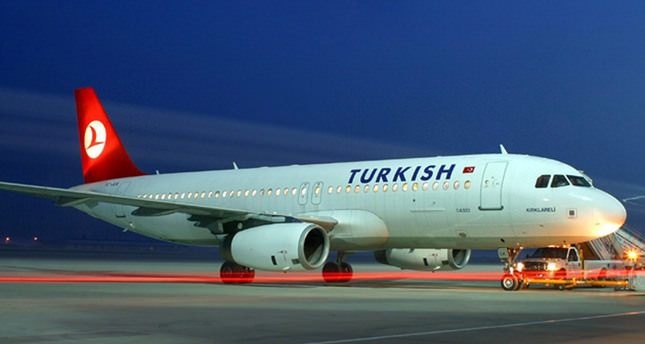 by AA Jun 14, 2014 12:00 am
Turkish Airlines carried 21.3 million passengers in the first half of this year, an increase of 3.2 million compared to the same period in 2012. The increase in passenger numbers was 22.7 percent for domestic and 14.8 percent for international flights. Turkish Airlines passengers increased by 3.2 million in the first half of 2014, the company said Thursday.

According to a regulatory filing to Turkey's capital markets authority, the country's flag carrier airlines company increased passenger number to 21.3 million in the first half of the year, a 18 percent increase compared to the same period last year. In the first half of 2014, the number of passengers rose by 22.7 percent in domestic flights while it increased by 14.8 percent for international trips compared to same period a year earlier.

The overall available seat kilometers (ASK) - captures the total flight passenger capacity of an airline in kilometers - was 44.1 billion ASKs in first half of last year, and rose by 20 percent to reach 52.9 billion ASKs in January-May period of 2014.
RELATED TOPICS