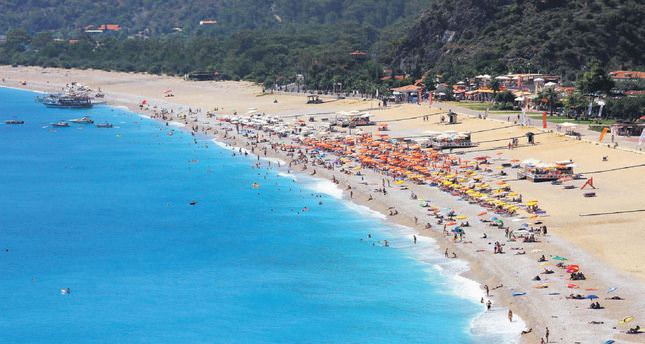 The Iranian government's ban on direct flights to Turkish resorts on the Mediterranean coast are being circumvented by resourceful Iranians, most of whom first land in the eastern city of Erzurum and then fly to the coast.

Iranian government's ban on direct flights from Tehran to holiday resorts in Turkey, including Antalya, Bodrum and İzmir is pushing Iranians to seek different ways to reach the shores of the Mediterranean. Many Iranians are now forced to first arrive in Erzurum, an eastern province close to the Iranian border, and then travel to Antalya. This ban started during the reign of the former Iranian President Mahmoud Ahmedinejad and Turkey is pressuring for direct flights from Tehran to Antalya and Bodrum to be resumed.

Iranian President Hasan Rouhani visited Ankara recently and there was hope that he could be convinced to lift this ban. However, while the matter was discussed no solutions were offered.

Iranians who want to head to Antalya, Bodrum or Marmaris often are forced to make a prolonged trip. Those who arrive in Erzurum, either by land or air, then have to buy another ticket to their destinations either through Ankara or Istanbul. Others fly to cities close to the shore, such as Isparta, then head to Antalya. The number of Iranian tourists coming to Turkey is expected to rise when the ban is lifted.