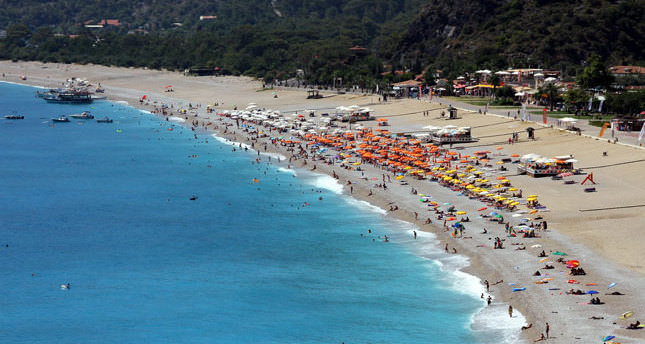 by AA Aug 25, 2014 12:00 am
Turkey, visited by nearly 40 million foreign visitors annually, will try to attract more tourists from new markets such as Brazil, Russia, India, China and South Africa. The Director General for Promotion at the Ministry of Culture and Tourism, İrfan Önal said they would go abroad to promote Turkey in BRICS countries that have huge populations. "Through the end of August, we will meet airline companies and tour operators that operate in our market, and carry tourists to Turkey. In these meetings, we will listen to them about this year's situation and their plans for next year," said Önal. Önal remarked that they wanted to be sure about the number of tourists coming to Turkey next year, and to maintain the growth of tourism industry. "We prepared an advertisement with tour operators and airline companies from different countries apart from the U.S., Russia and Europe.
We all have a common target; this partnership is a win-win situation both for them and for us," stated Önal. In addition to stating that their long-term target is to attract tourist from every country, Önal pointed out that Turkey is a unique destination with its geographic features, climatic diversity and diversity of flora and fauna.
RELATED TOPICS