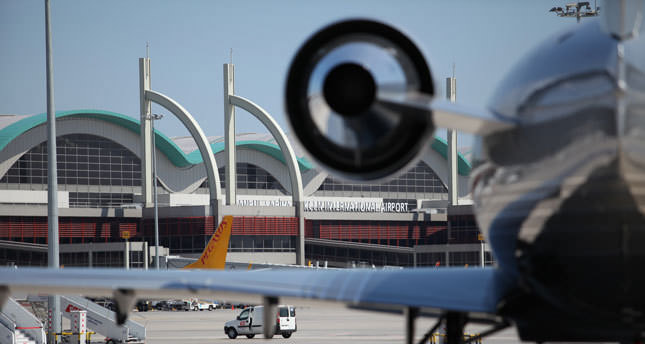 by Daily Sabah with IHA Nov 22, 2014 12:00 am
Istanbul International Sabiha Gökçen Airport has been selected as the "Airport of the Year" in the 15-25 million passenger capacity category at the 12th Center of Asia Pacific Aviation (CAPA) Awards for Excellence 2014. At the ceremony, organized in Antwerp, Belgium on Nov. 20, Assistant General Manager in Charge of Operations Berk Albayrak accepted the award on behalf of the airport from CAPA's representative, Jonatha Wober. The main criteria for the award were an increase in the number of passengers, operational improvements, investments, other transportation possibilities, integration and environmental-awareness, as announced by CAPA. "As a result of our evaluations, there have been great success stories in Turkey in the aviation field and Istanbul Sahiha Gökçen Airport, as an airport located in such a major city as Istanbul has earned the award by drawing investments and high passenger traffic to the region. With a 20 to 25 percent increase in the number of passengers within the last 10 years, Sabiha Gökçen Airport will soon become one of the largest airports in the world," said Wober.