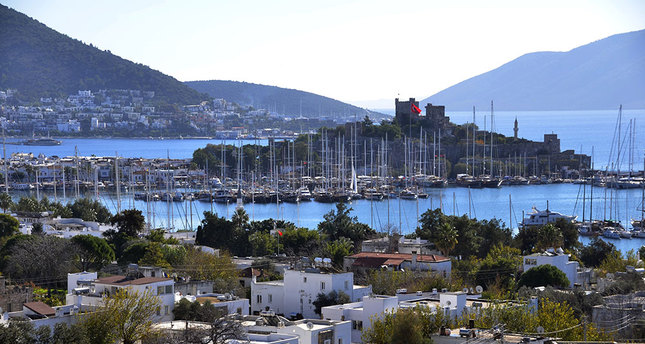 by Betül Alakent Dec 21, 2014 12:00 am
As the countdown to the New Year holiday has started, holiday reservations are also booming. With Jan. 1 falling on a Thursday, vacationers are trying to take advantage of the four-day holiday, and holiday packages have attracted a great deal of attention. While 80 percent of holiday packages for holidays abroad have been sold, 50 percent of local holiday packages have also been sold, and tour operators are stating that there is a 40 percent increase in demand when compared to last year. While Rome is the ultimate destination for New Year holidays, Milan, Prague, Barcelona, Dubai, Paris, Amsterdam and Moscow are also among the most preferred holiday destinations. Holidaymakers who bought national tour packages mostly prefer ski resorts and surrounding areas. It is estimated that about 150,000 people will go on a holiday during the four-day New Year holiday, creating a market of around TL 150 million.

Turkish Travel Agencies (TÜRSAB) Chairman Başaran Ulusoy stated that they are expecting an increase of 30 percent in holidaymakers going on holiday this New Year's Eve when compared to last year. "We expect about 120,000 people to benefit from the New Year holiday, and about 30,000 to 35,000 people will prefer foreign countries for their travels," said Ulusoy, noting that they expect an increase in the number of tourists visiting Turkey during the New Year holiday. He noted that while about 1,550,000 tourists are expected to travel to Turkey in December this year, about 500,000 of these tourists will visit Turkey during the holidays. While Istanbul is the most preferred destination, Antalya, Cappadocia and ski resorts are other tourist favorites. Pronto Tour CEO Ali Onaran remarked that Istanbul has now become one of the most popular holiday destinations along with Rome, Paris and London, especially attracting visitors for the New Year holiday with preparations for street shows, other special shows and festivities. He further noted that there is more interest in Turkey from its neighbors, such as Iran and Russia. "Our sales are 30 percent higher than last year," noted Onaran.

Jolly Tour General Manager Figen Erkan also noted they were pleased with sales for the New Year and she agreed with Onaran. "Our New Year sales have increased by 60 percent when compared to last year, especially foreign travel to main cities is in demand, and Rome, Barcelona, Prague, Madrid and Dubai are the most preferred cities for three to four day holidays. The prices range between 269 and 599 euros," said Erkan. Anı Tour Chairman Veli Çilsal noted that sales this year were good despite the increase in foreign exchange rates and uncertainties trying to be created. Stating that they have sold 65 percent of their capacity for domestic travel, Çilsal said springs, thermal resorts and ski resorts are among favorite destinations.