Russian tourism to Turkey slumps due to economic crisis 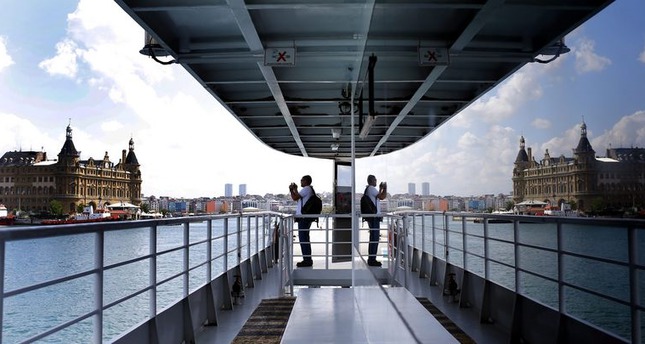 by Dec 23, 2014 12:00 am
The number of Russian tourists visiting Turkey has slumped due to the economic crisis in Russia triggered by the fall in oil prices and the weakness of the ruble, figures showed Tuesday.

The number of Russians visiting Turkey fell by 18.45 percent in November from the same period the year earlier, according to the latest statistics published by the tourism ministry.

The popularity of Turkey among Russian tourists has long been crucial to the Turkish tourism industry which is one of the mainstays of the wider economy.

However with Russians having to tighten their belts and the ruble bringing far less spending power than before, many are now opting to stay at home for their holidays.

The figures showed that Germans were by far the most frequent visitors to Turkey, with almost 255,000 recorded arriving in November alone.

Arrivals from the United States also fell 24.5 percent but visitors from neighbouring Greece continued to rise, up 4.6 percent to over 61,500 arrivals in November.

Until the current crisis struck, tourism from Russia to Turkey had been ticking up and overall arrivals from Russians in the first eleven months were still up over 5 percent at 4.4 million.

Turkey has proved a hugely popular destinations with Russians due to the year-round sun on its Mediterranean coast, reasonable prices and a visa-free regime.