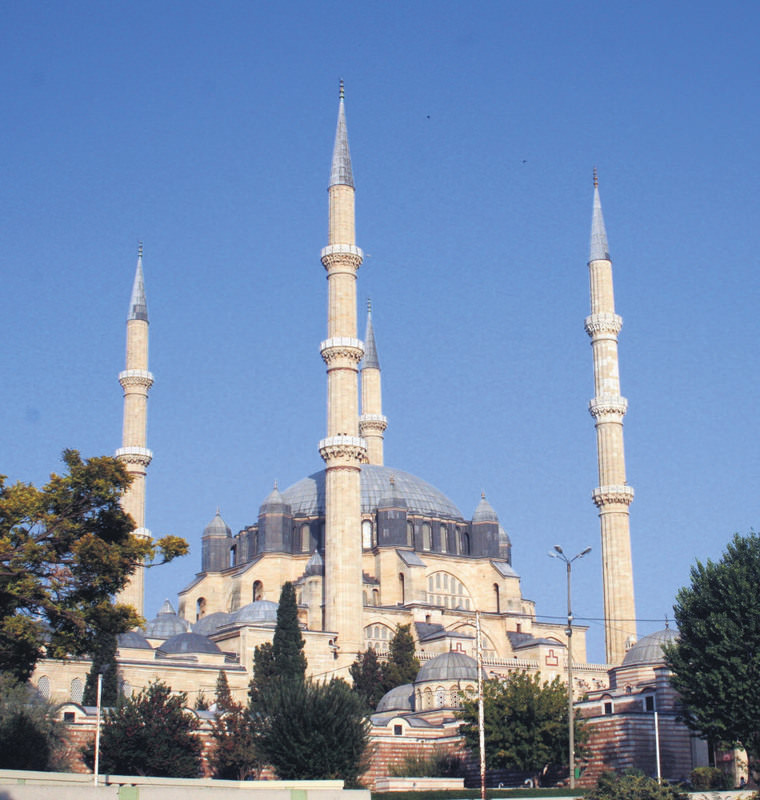 by Anadolu Agency Mar 23, 2015 12:00 am
It has been announced that a new tourism route, which will be marked by Mimar Sinan's masterpieces, will be established as part of the project titled "A New Tourism Route: Great Master Mimar Sinan." For this purpose, 80 tourism guides have been trained about Ottoman architect Mimar Sinan and his works. Organized by the Culture and Directorate of Istanbul, Turkey Touring, Automobile Institution, Istanbul Guides Association (İRO) and supported by the Istanbul Development Agency, the project will be offered as a tour package to local and international tourists.

Director of Istanbul Culture and Tourism Directorate, Ahmet Emre Bilgili, told an Anadolu Agency correspondent that tour guides are receiving advanced education about Sinan and his works, and added that the last phase of the training – taking field trips – has commenced. One of the trips is an educational tour to the Selimiye Mosque in Edirne, which is considered as Sinan's masterpiece and the highest achievement of Islamic architecture.

According to Bilgili, the route will contribute to tourism, begin in Istanbul and end at Selimiye Mosque. "The different aspects of Sinan's works were provided to the guides by art historians, architects and historians during the training since it is impossible to understand Mimar Sinan before investigating the period he lived and produced in," he said. Bilgili claimed that Mimar Sinan was not just an architect but a person with different dimensions. "He did not just build mosques, but he served as if he was the minister of public works and housing. It seems logical to create a tourism route based on Sinan's works and our cultural riches. We have dedicated ourselves to this project and are monitoring every little detail about it. This route will be promoted as cultural tourism," he said.

Born in Kayseri, Sinan was brought to Istanbul during the reign of Selim I. Sinan stood out with his advanced craftsmanship and joined many military expeditions. He caught Suleiman the Magnificent's eye with the bridge he built over Prut River in a very short time during the Prut Campaign and earned the title of chief architect of the Ottoman Empire.

Although he is widely-known for Selimiye Mosque, which he built at the age of 87 and labeled his masterpiece, he built 365 structures in total including 92 large mosques, 52 small mosques, 55 madrasahs, seven darülkurra (a section of madrasah where students study Tajwid), 20 tombs, 17 poor houses, three hospitals, six waterways, 10 bridges, 20 inns, 36 palaces, eight dungeons and 48 public baths.
Last Update: Apr 15, 2015 11:56 pm
RELATED TOPICS