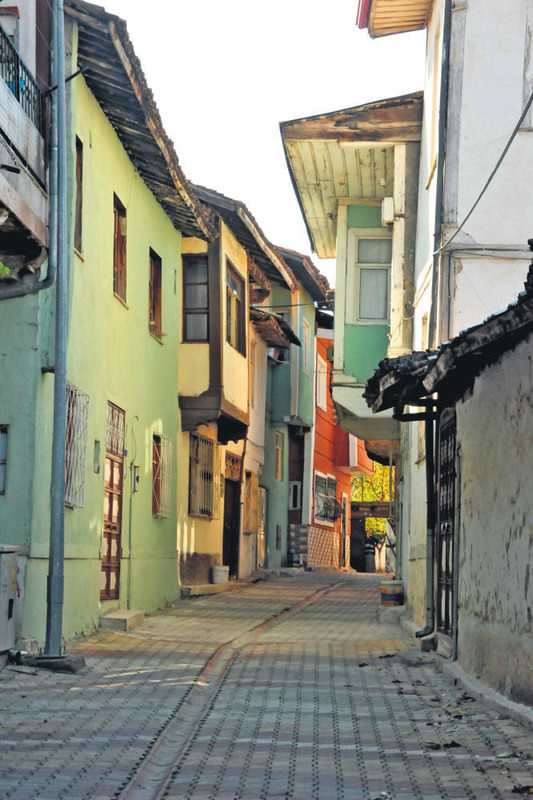 by Daily Sabah Mar 23, 2015 12:00 am
Restoration work on historical houses in the northern Turkish city of Tokat's Zile district, which dates back 4,000 years, is in process to introduce them to tourists. Ahmet Haluk Dursun, the undersecretary of the Ministry of Culture and Tourism, said that the historical fabric of Zile's houses have been protected, and stressed, "I am very happy to see houses that present unity. The streets mirror the historical aspect of the district. It is a great view with intersecting streets and bay windows." Dursun also expressed his gratitude by saying they are glad that these houses have been integrated into the city's social life thanks to the contributions of the municipality. "God willing, we will continue to protect the historical fabric of the district in a better way," he said. According to historians, Zile, which is said to have been established by Semiramis, the legendary queen of King Ninus, in 1,600 B.C., is home to monuments belonging to the Hittites, Phrygians, Persians, Romans, Seljuks, Ilkhanate, Danishmends, Eretnids and the Ottomans.

The intersecting streets surrounding the historical houses in the district, which has been able to protect its historical structures, is a favorite place for both local and international tourists.
RELATED TOPICS