Air passenger traffic in Turkey’s airports up 9.5 percent in March 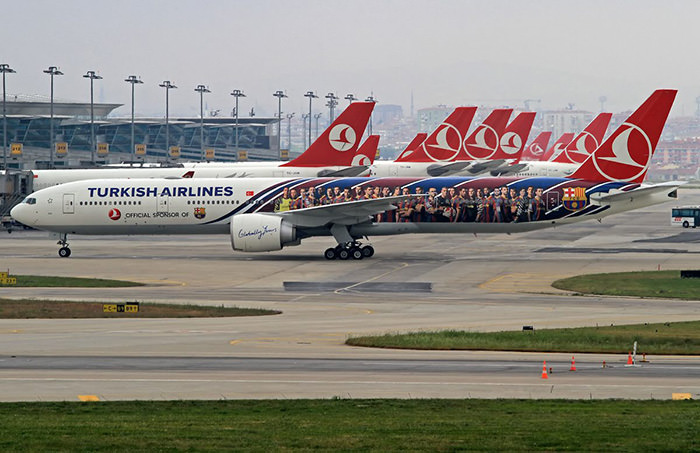 by Anadolu Agency Apr 08, 2015 12:00 am
The number of passengers making domestic flights in Turkey grew 9.5 percent in March year-on-year, the General Directorate of the State Airports Authority said in a statement on Wednesday.

The number on international flights grew 9.3 percent compared with the same month a year ago.

The total number of domestic passengers for the month was 7,127,333. The number of international passengers reached 4,860,399, the authority said.

The amount of air cargo in March increased 2 percent to more than 206,000 tons.

Among the busiest airports in Turkey, Istanbul's Ataturk Airport remains in the top spot with 4,734,167 million passengers.

Sabiha Gokcen Airport, Istanbul's main air hub on the Asian side of the city, is second with 2 million passengers. Istanbul's airports were used by 56 percent of all domestic and international flight passengers (12 million) in March.

The total number of passengers in all airports increased 7.6 percent, to more than 33 million in the first three months of the year.
Last Update: Apr 08, 2015 1:20 pm
RELATED TOPICS