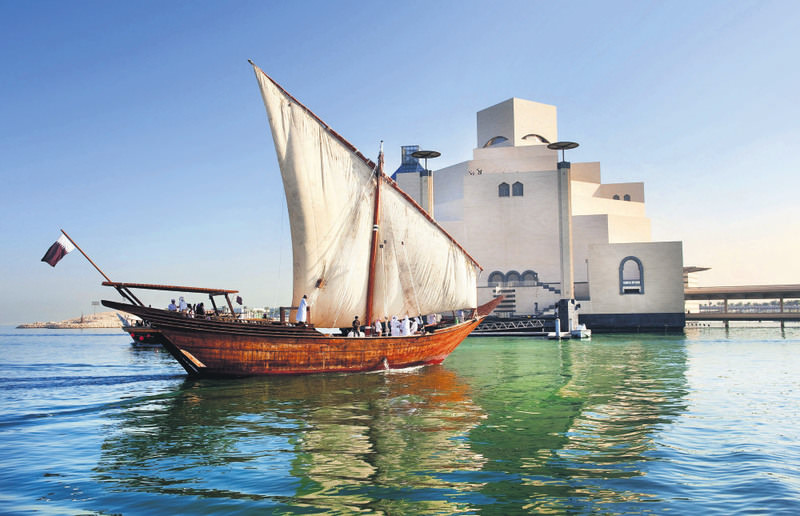 by daily sabah Apr 22, 2015 12:00 am
The total number of visitors to Qatar increased by 11 percent in the first quarter of this year compared to the same period in 2014, official figures reveal.

Statistics from the Qatar Tourism Authority (QTA), published on Monday, show continued growth in Qatar's tourism industry, with the number of regional and international tourists totaling 841,025 - an 11 percent increase year-on-year. Compared to the first quarter of 2014, arrivals from the Americas grew by 17 percent, from Europe by 9 percent and from the rest of Asia by 7 percent. Arrivals from the GCC grew by 16 percent compared to the same quarter of 2014, while arrivals from other Arab and other African nations remained roughly the same. But overall growth in visitors from Saudi Arabia grew by a substantial 28 percent compared to the same period last year.

The majority of this growth took place in March when visitor arrivals grew by 82 percent compared to March 2014, with 241,008 Saudi visitors entering Qatar, according to a report in The Peninsula Qatar newspaper. Qatar hosted several entertainment events, conferences and exhibitions during the first quarter of 2015, which contributed to growth in tourism, an official was quoted as saying. "The month of March witnessed the largest monthly influx of arrivals in Qatar's history. As tourism is a key piece of diversifying the national economy, we look positively on these developments," said Hassan Al Ibrahim, chief tourism development officer at QTA. "These impressive results prompt us to build on them by providing the tourism and hospitality sector with full support, so that it can grow and flourish to carry on its ascending trajectory and achieve even better results in the second quarter of 2015."