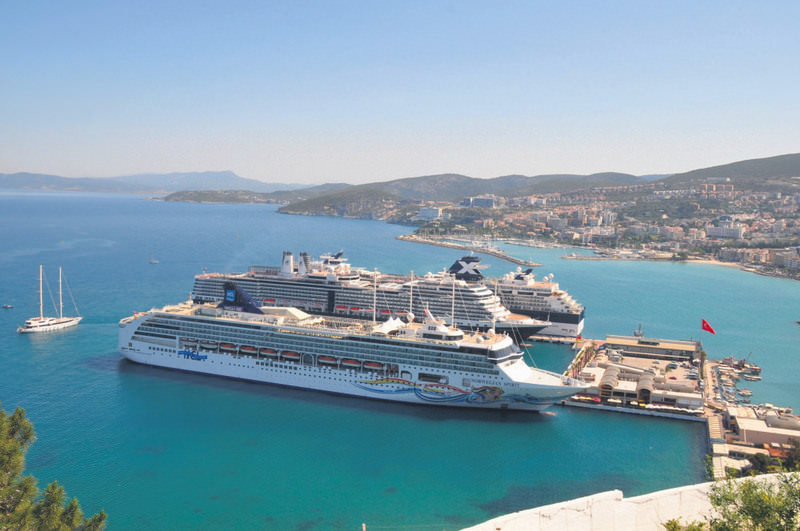 by Daily Sabah May 12, 2015 12:00 am
According to the 2015 Travel and Tourism Competitiveness report issued by the World Economic Forum (WEF), Turkey rose from 56th place in 2009 to 44th place this year in terms of tourism competitiveness. On the Travel and Tourism Competitiveness Index List, 141 countries were evaluated using four main metrics: Environmental factors, travel and tourism policies, infrastructure and natural and cultural resources. The index also examined the countries using 14 sub-metrics and 93 related concepts. Accordingly, Spain received the highest points in terms of historical background, cultural resources, hosting international conferences and ease of travel, followed by France, Germany, the U.S. and U.K., respectively. While Switzerland became the most preferred country for winter tourism, followed by Australia and Italy, respectively, Japan, Canada, Singapore, Austria, Hong Kong, the Netherlands, Portugal, New Zealand and China were also in the top 20. Turkey obtained higher points than Russia, Bulgaria, South Africa, Tunisia and Egypt, but was surpassed by Greece, which took 31st place.
Last Update: May 12, 2015 9:32 pm
RELATED TOPICS