3rd airport to be built in Antalya to boost tourism 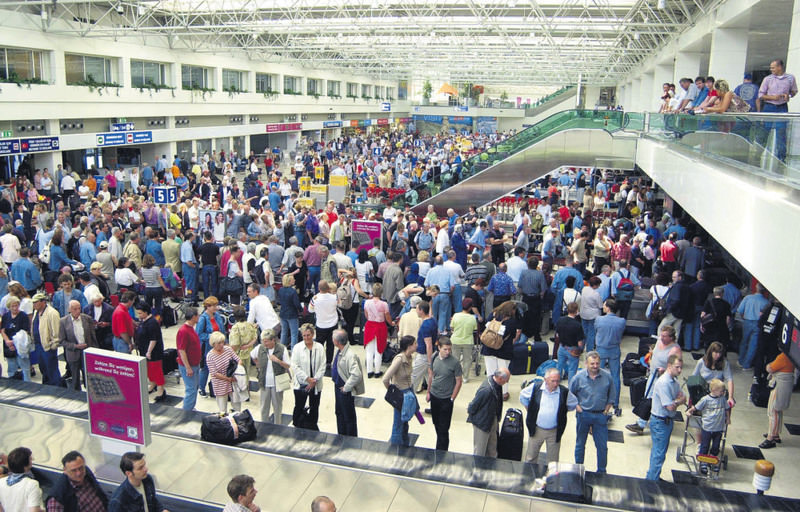 by Daily Sabah with Wires May 20, 2015 12:00 am
Hamdi Yıldırım, the undersecretary of the Transport, Maritime Affairs and Communications Ministry, said they conducted onsite examinations in Antalya to determine a location for the construction of a new airport west of Antalya. The studies began due to the request of tourism professionals and businessmen.

Yıldırım said despite initial hesitation about whether a new airport in the west of the city would negatively affect Antalya's main airport, they now think it will be very important for the development of regional tourism and the economy. The new airport will be constructed between the provinces of Kaş and Demre, which are 200 kilometers and 190 kilometers from downtown Antalya and Dalaman Airport, respectively. This aligns with the government's goal of providing an airport every 100 kilometers, Yıldırım said.

According to Yıldırım, the Kaş-Demre region was chosen out of four alternatives. Feasibility studies are being conducted on a flat area that is some 400 meters to 600 meters above sea level. If feasibility studies indicate it to be suitable, the new airport will be constructed near the provinces of Kaş, Demre and Finike. The General Directorate of Infrastructural Investments will undertake the construction and the DHMİ will operate it.

While no model is set for the construction of the new airport, it may be built using the lucrative build-operate-transfer model. Yıldırım said although many airports do not make a profit, they subsidize them with the intention of enabling people to travel by air. Yıldırım said the new airport will likely be an international one as well. "We want it to be an airport where all kinds of planes can land," Yıldırım said, adding it will be designed in such a way that capacity can be increased if needed. After necessary studies are completed and technical analysis of the designated location is concluded, a quick contract process will be held. Yıldırım said the airport will create its own potential and will contribute to the province's economy and tourism.
Last Update: May 20, 2015 10:30 pm
RELATED TOPICS