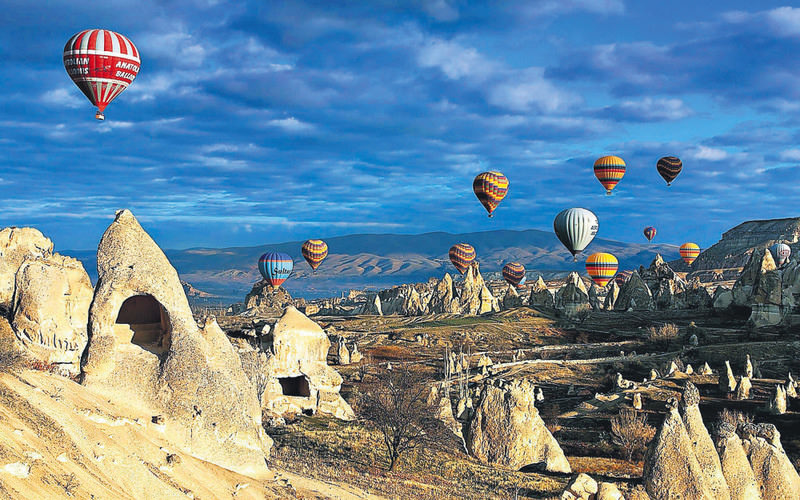 by Kerim Ülker Jun 11, 2015 12:00 am
The Asian tourism giant Okura, which decided to invest in Turkey in January, has decided to open up its first hotel to Cappadocia, a historical region in Central Anatolia that is mainly preferred by Japanese tourists.

Another company from Japan, which is one of the biggest investors lately, is debuting in Turkey. Japanese investors who have invested in Turkey's iron, steel, automotive, finance and transportation sectors are now planning to invest in tourism. One of the largest companies in the country, Okura, has decided to invest in Cappadocia, a favorite holiday destination of Japanese tourists. A branch of the Japanese chain, Hotel Okura Spa and Resort Cappadocia, is planning to open in 2017. Hotel Okura CEO Toshihiro Ogita said they see Turkey as a key country for global growth and have therefore decided to invest in Turkey. "We will first cooperate with Ungun Holding in Turkey, which is the sixth country in the world tourism league," Ogita said.

The Cappadocia hotel will offer 130 rooms at ultra-luxury standards. Ogita said they are planning to open hotels in Istanbul and Ankara as well.

Okura, which was founded in 1962 and has 47 hotels in Japan, engages in the tourism sector with its Nikko and JAL City brands as well. The company has about 25 hotels all around the world, including in China and the Netherlands.
Last Update: Jun 11, 2015 11:57 pm
RELATED TOPICS