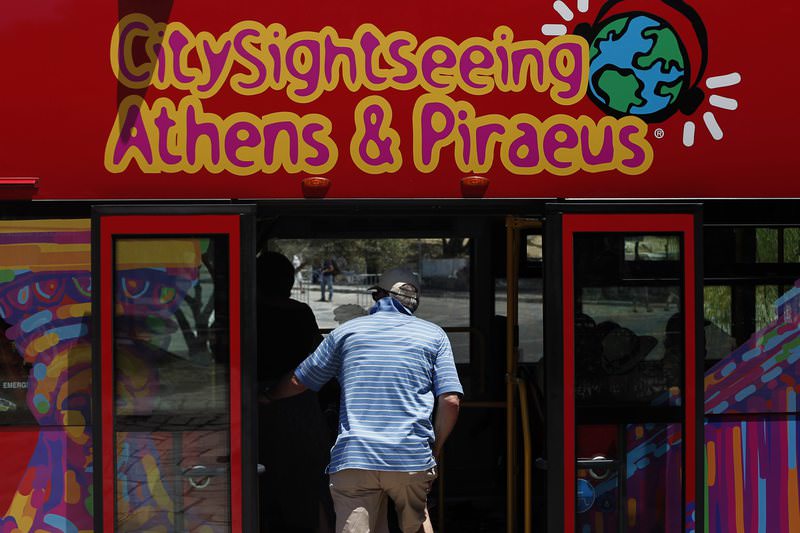 by Betül Alakent Jun 25, 2015 12:00 am
With prices falling by 20 percent compared to last year due to the current economic crisis, Greece has seen a massive influx of Turkish tourists. In addition, European tourists who are allowed to enter the country without a visa have shifted away from Turkey to Greece. Tour operators have increased their tours to Greece by 40 percent on average. The actors in the sector say that exorbitant prices in the Turkish food and beverage sector have been reflected in the press, with English model Kate Moss's recent complaint, and this will bring irreparable loss to the sector in the long run. Tour operators emphasized that low food and beverage prices as well as the opportunity of visa-free entry to the country, shift European tourists' interest from Turkey to Greece.

Ali Onaran, the CEO of Pronto Tour, said that Greece has not hiked prices for over seven years because of the economic crisis, adding that this made Greece a country where prices are lower compared to Turkey. Island tours and land tours to Greece soared by 60 percent and 50 percent respectively, compared to last year. There is not a big difference in the hotel fees of the two countries, said Onaran, stressing that the gap grows much larger when it comes to the prices in the food and beverage sector. He warned that exorbitant prices in the Turkish food and beverage sector would make Turkey lose European tourists in the long run, regardless of the fact that Turkish restaurants render better service. ZJoy Tour's General Manager Figen Erkan suggested that Greece has increased its attraction due to the low-price policy of the recent period. "We achieved an increase of 55 percent and 30 percent in sea tours and land tours respectively, compared to last year," she added.