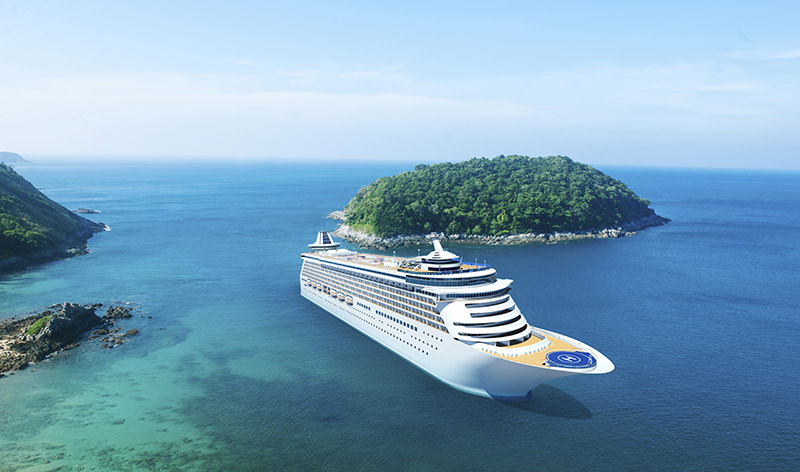 by Anadolu Agency Aug 04, 2015 12:00 am
Four nights sailing on the beautiful Aegean Sea is not a novel idea but a new 'halal cruise' unveiled this week is a tourism concept which is gaining ground in Turkey.

On their September voyage to neighboring Greece, there will be no alcohol, no pork-related products and no gambling.

Everything on board will be in accordance with Islamic religious values; segregated sports centers, single-sex spa facilities, separate Turkish baths and masjids [prayer rooms].

'Halal tourism' is one of the fastest-growing markets in the country. The number of 'halal' hotels and tour agents has been increasing over the last 15 years.

However, there has not been a 'halal' sea cruise so far until Fusion Tour organized this special voyage, copying a lucrative format which has seen kosher-friendly and Catholic cruises internationally.

Turkey's first Muslim-friendly cruise – themed 'On the track of the Ottomans' – will leave a port in Turkey's western Izmir province on September 27 and take passengers to the Greek islands of Rhodes and Crete as well as the port city of Piraeus by October 2.

"It will not be just a cruise which does not have alcohol or pork-related products. It will be a cultural and historical tour which promises an atmosphere of social networking," says Kemal Günay, Fusion Tour general manager.

Gökmen Aydınalp, tour project manager, claims organizers have thought of everything: "We don't even have a painting on a wall of the ship which is against Islamic values," he says.

"Although the tour has been just announced, interest is quite high right now because there is a huge demand for this concept," Aydınalp adds.

Passengers who booked a spot on the cruise are glad to be part of what they describe as a "much-awaited" concept. "I believe it will be an atmosphere where I and my family will feel comfortable," says 46-year-old Hamit Kütük, a banker, who will be one of the passengers.

"To be able to eat halal foods, being together with people who share the same Islamic sensibilities with you and being away from alcohol on this kind of cruise are important for us," he adds.

Twenty-eight-year-old Serap Akalı, who will take the tour with her husband, agrees: "There has been a big need for this kind of cruise in Turkey for many years."

Under the guidance of popular Turkish historian Talha Uğurluer and author Fatih Çıtlak – Ottoman heritage in the region will be explored.

The cruise will feature Sufi whirling dervishes, photo exhibitions, Turkish classical music and a prayer-bead artist will have a workshop on board.

Organizers have seen huge potential in a market of over two billion Muslims worldwide, and are planning to host varied tour packages to include the Adriatic Sea, Italy, Malta, Budapest, Belgrade and Vienna in the upcoming months.

Their target will not only be Turks but also Muslims globally. According to the Turkish Statistics Institute, around 3 million Arab tourists came to Turkey in 2014. This number was 2 million in 2013.

The Muslim-friendly cruise will be a first but conservative people have been enjoying 'halal' hotels in the country for around 15 years – all part of a rising trend.

There are over 50 hotels that offer conservative service, across the country. Antalya, Istanbul, Izmir, Aydın, Muğla and the capital Ankara are the major provinces which host such hotels, according to the Mediterranean Touristic Hotels Association (AKTOB).

"The number of these hotels was around 25 before 2007. Within five years, the number of this kind of hotel doubled," says Erol Karabulut, AKTOB's research and development supervisor.
"We expect this interest will continue," he adds.

The Global Muslim Travel Index 2015 released by MasterCard and Singapore-based Crescent Rating estimated the size of the global halal tourism market at $145 billion in 2014.

Their figure of 108 million Muslim travelers represents 10% of the whole travel economy.

Rental villas have been another increasing trend in Turkey as they offer conservative people comfortable, but discreet, holidays.
"There has been a 70 percent increase in rental villa sales compared to four years ago," says Mücella Tarhan, chairwoman of Home Tourism Committee of the Association of Turkish Travel Agencies (TURSAB).

"As there are separate pools for men and women in hotels, couples cannot swim in the same place together. So, we offer them a comfortable atmosphere with pools, which are not seen from the outside," Tarhan adds.

Fusion Tours' Kemal Günay thinks that one of the reasons fuelling the trend is the overall progression of Turkey's travelling culture over the last 15 years coupled with the effect of the economy's development.

Globalization and the corresponding change in economic trends are among other reasons behind this interest, says Professor Oya Akgönenç.

Akgönenç, a professor at the Political Science and International Relations Department of Ankara-based Ufuk University takes a special interest in travel trends.

She tells Anadolu Agency: "It is a result of a wish by Turkey to do tourism in accordance with its own values, instead of copying what the West has done so far."

As the Global Muslim Travel Index 2015 forecasts the size of 'halal' tourism market to increase to $200 billion by 2020, it seems that Turkey will also continue benefiting from this increasing 'halal tourism' trend in the next years as well.