Arab tourists on the rise in Istanbul 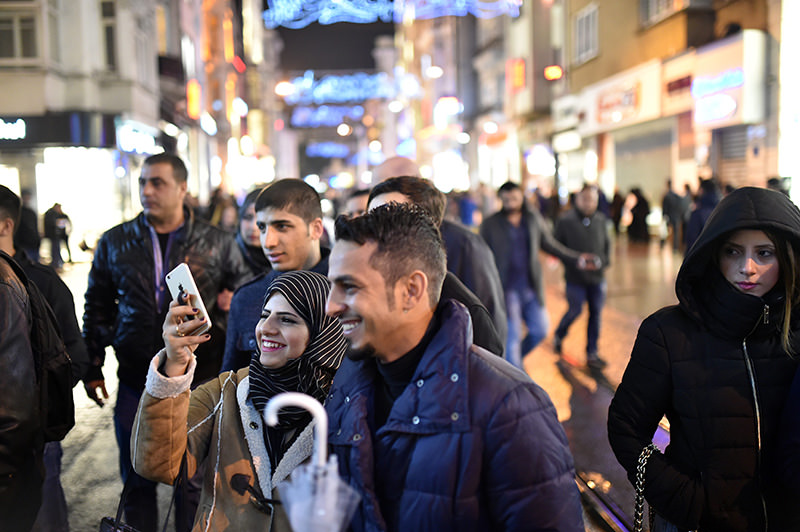 by Daily Sabah Aug 05, 2015 12:00 am
Istanbul has emerged as one of the favorite touristic attractions for Arabs visiting Turkey. According to latest figures released by Istanbul's Culture and Tourism Directorate, the number of Arabs visiting the city reached 1,321,198 in in the first seven months of 2015.

This is an astounding 18.7 percent of the 7,080,581 visitors from all over the world. The number of Arab tourists noticeably increased in the past few years, from their share of 10 percent in total amount of visitors in 2010 to 18.7 percent in 2015.

During the January-July 2015 period, Saudi Arabians topped the Arab list with 254,825 people visiting the historic city, followed by 198,425 Iraqis and 161,526 Syrians. In just July 2015, almost 1.5 million people visited the megacity Istanbul, and this number is expected to even further increase in August, with Arab tourists still having a large share in this figure. Arabs also purchase the most houses in the city among foreigners, especially bought by Saudis, Qataris and Kuwaitis.

The world's discovery of Turkey has accelerated in the past years. The number of visitors reached 36.8 million in 2014, a 5.5 percent increase compared to the year before. And Istanbul is one of the top destinations of those visiting the country.

The city has been considered as a home by many civilizations for thousands of years and served as a capital of three large empires. It is possible to see city walls belonging to different periods, palaces, pavilions, mosques, churches, synagogues, fountains and mansions in almost every district of Istanbul. Hosting many visitors from all over the world thanks to its unique features, Istanbul offers its guests a rich repertoire of things to do and see.

Last year, people who visited the city were most curious about the Hagia Sophia Museum. With 3,574,000 visitors, the Hagia Sophia became the most visited place in Turkey last year. Moreover, the Basilica Cistern hosted 2,120,862 people last year.