Threat of terrorism dragging down tourism in southeastern Turkey 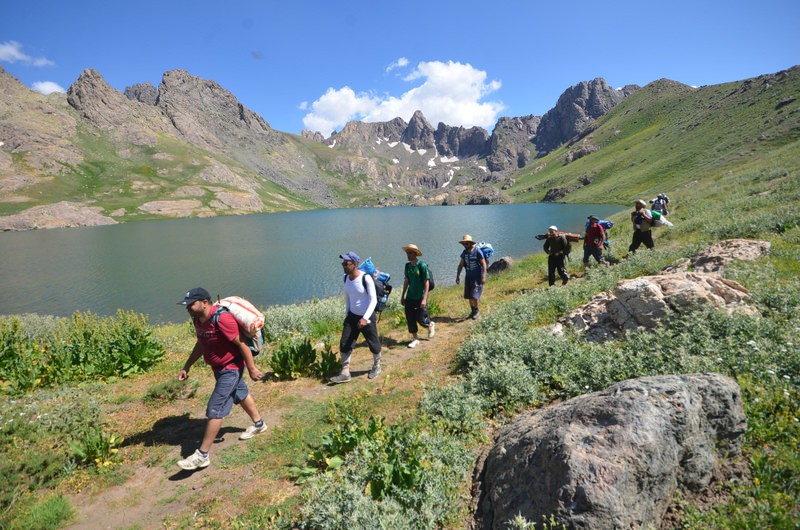 The recent terrorist attacks in eastern and southeastern Turkey have hampered tourism in the region's cities. Moreover, the peaceful atmosphere brought by the reconciliation process, which was initiated by President Recep Tayyip Erdoğan and lasted for almost two-and-a-half years, has been replaced by violence. Mount Cilo in Hakkari province, which was reintroduced to the tourism sector with the reconciliation process, became a stomping ground for mountaineers, but it has once again been listed among the special security zones with the escalating terrorist attacks. Furthermore, all hotel bookings have been canceled through October in Van, where the occupancy rate had reached 90 percent, because of terror acts and robberies.

Van Tourism Association President Abdullah Tunçdemir said the lack of peace in the country means the end of tourism and described tourism professionals as envoys to establish dialogue between people. Touching on the uncertainty that the tourism sector might face in 2016, Tunçdemir stressed their plans for the future are disappearing. Emphasizing that the reconciliation process should be resumed soon, Tunçdemir said tourists who had planned on visiting the region canceled all of their bookings and tourism yields expected for the second half of the year have fizzled out.

Gürkan Akbay, the general manager of Van-based Elite World Hotel, said, in addition to tourists who have canceled their hotel bookings because of anxiety and fear instigated by the past few weeks' incidents, meetings and organizations that were to be held at the hotel have also canceled. A 70 percent decline has been seen in all kinds of reservations, which also has a direct negative impact on tradesmen serving in the city, he added.

İrem Tinli Aygün, the general manager of Rescate Hotel, said all foreign tourist groups canceled their bookings for September and October, adding that the hotel's occupancy rate, which was around 90 percent in the past, has dropped to 30 percent, causing a weekly loss of at least TL 100,000 ($36,061).

Murat Beyaz, a tour operator in Van, said since tourists coming from western Turkish cities as well as other countries are unwilling to visit the city, their work has come to a complete halt. According to Beyaz, the first tourism period, which they expected to be fruitful, fell victim to the incidents that took place after the June 7 general elections, while the expectations for the second period, on which they pinned their hopes, have come to nothing. "Our only hope is that things return to normal and the clashes end as soon as possible," he added.

Engin Pişkini, a licensed tourist guide, said foreign tourist groups canceled their reservations for the ceremony that is held at the Armenian Church on Van's Akdamar Island every September, adding that the re-emergence of clashes have caused them a loss of TL 40,000. The three-year cease-fire attracted both local and international tourist companies to the city, but now they have given up visiting the city because of security concerns, he said, underlining that this situation will have a major negative impact on the city's economy unless it ends.
Last Update: Aug 13, 2015 1:52 am
RELATED TOPICS