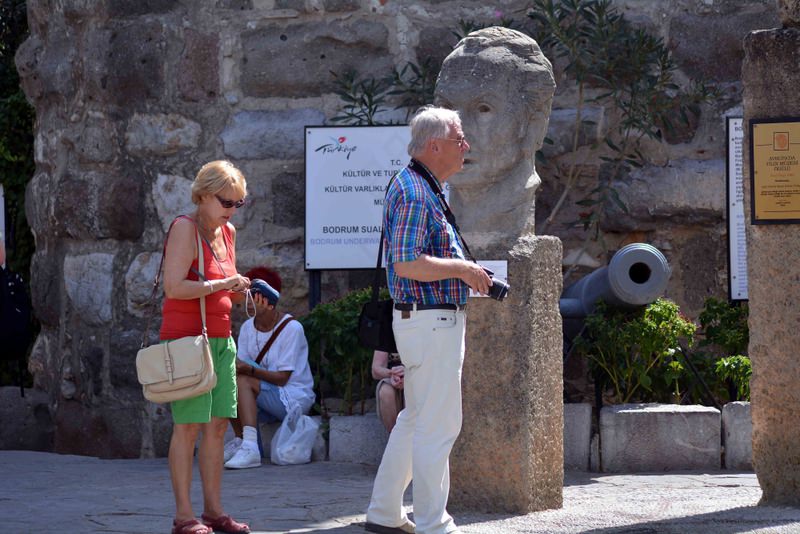 by Betül Alakent Sep 19, 2015 12:00 am
Local tourists have provided some comfort for the Turkish tourism industry since the sector was hit by a 21.5 percent drop in the number of Russian tourists compared to 2014. The dramatic drop in the number of Russian tourists visiting Turkey is believed to be directly linked to sanctions imposed on the country after the occupation of Crimea and the intervention in Ukraine. The drop, which corresponds to a decrease of 600,000, affected the sector, but an increase of 150,000 local tourists alleviated the loss to some extent.

Mediterranean Hoteliers and Managers Union (AKTOB) Secretary-General Kaan Kavaoğlu said the number of local tourists had increased by 21 percent this year. Touristic Hoteliers, Managers and Investors Union (TUROB) President Timur Bayındır said spending by local tourists was far from resolving problems in the sector. "Across the world, local tourists provide, on average, 71.3 percent of all tourism and travel spending. In Turkey, it is just the opposite. We reached the 15 percent level just recently. A decade ago, this figure was 5 percent. The increase is due to the development of a culture of travel and early reservations," said Bayındır, adding that he believed spending by local tourists would further increase next year.

According to the Turkish Statistical Institute (TurkStat), 69.9 percent of the 10.8 million people who went on holiday in the first quarter of 2015 visited relatives, while 11.4 percent traveled for medical reasons and 8.8 percent traveled for pleasure. In the second quarter, 15 million Turks traveled, experts said.
RELATED TOPICS