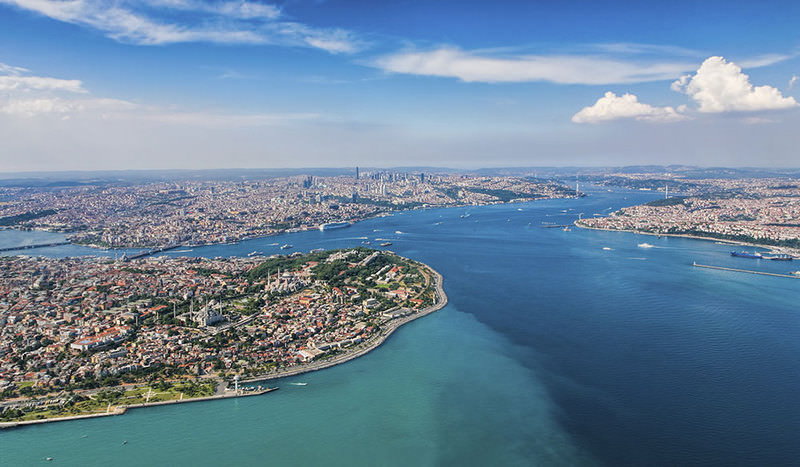 by Dogan News Agency Sep 30, 2015 12:00 am
Istanbul and Antalya are featured on a list of the world's top shopping destinations for Muslim tourists in a report that provides detailed insights into their spending behavior while traveling.

The MasterCard-CrescentRating Muslim Shopping Travel Index 2015 (MTSI 2015) reveals that Muslim travelers spent $62 billion globally on shopping and dining. Istanbul was fifth on the list, while the Mediterranean resort of Antalya came sixth on the MTSI 2015 list of 40 cities, which was topped by Dubai in the number one spot in the report, which was released on Sept. 29. According to the results, in 2014 Muslims spent $36 billion on shopping and $26 billion on dining.

MTSI 2015 looks at in-depth data covering Muslim travel shopping in 40 international cities, creating an overall index based on a number of criteria. It is the first time detailed insights have been provided on the consumer spending behavior of Muslim travelers.

MTSI 2015 is the latest research collaboration between MasterCard and CrescentRating in this sector, following the launch of the Global Muslim Travel Index (GMTI) 2015 earlier this year. "The MTSI is a fascinating insight into the shopping habits of Muslim consumers and will prove to be an invaluable tool to the entire sector," said Fazal Bahardeen, CEO of CrescentRating and HalalTrip. "The research looks at two of the most important expenditure components of Muslim travelers, which are shopping and dining. The index reveals how important Turkey is to the sector and the vital contribution they are making with cities like Istanbul and Antalya" he noted.

The 40 international cities covered in the MTSI 2015 were scored against a comprehensive set of metrics that included suitability as a shopping destination, Muslim-friendly services and facilities and ease of travel. Each criterion was then weighted to make up the overall index score. Dubai topped the ranking with a score of 79.5, followed by Kuala Lumpur with a score of 73.3. Singapore scored 71.6 on the index, making it the number one ranked city from the non-OIC countries and third on the overall list. London was number four on the overall list with an index of 64.7, while Istanbul came fifth, scoring 64.2, and Antalya sixth, with a score of 61.2.