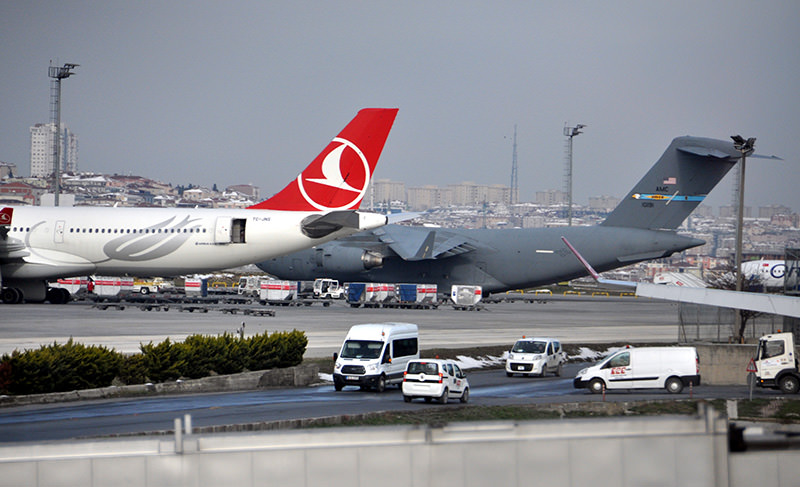 | AA photo
by Daily Sabah with Reuters Jan 20, 2016 12:00 am
Turkey will offer jet fuel subsidies for flights to five of its tourist hot spots as part of its efforts to safeguard tourism revenue.

Airlines will receive $6,000 per flight to Antalya, Alanya, Dalaman, Bodrum and İzmir during the start of the tourism season in April and May, Turkey's tourism minister, Mahir Ünal, told Reuters on Wednesday.

Following last week's suicide bombing in Istanbul, which killed 10 German citizens, the country's tourism might be affected negatively, according to experts, for which the government is trying to take precautionary measures. The tourism industry in the country accounts for about 4.5 percent of the $800 billion economy.

"The only problem is with the Syrian border area," Ünal said. "Istanbul is one of the safest places in the world... The tourist areas are safe... We have taken all the measures necessary," Ünal said.

Turkey offered similar fuel subsidies for flights from Russia last year, after a slump in the value of the rouble prompted consumers to hold off spending money on travel abroad.

Russians accounted for about 10 percent of foreigners arriving in Turkey in January through November last year, making Russia the country's second-biggest source country after Germany with 5.4 million travelers or 15.5 percent of arrivals.

In addition to the new fuel subsidy unveiled on Wednesday, which could be extended beyond May, Turkey has tripled its security measures in tourist areas, according to Ünal.

He was speaking in Frankfurt, where he was meeting with German tour operators to discuss joint measures to prop up tourist demand, such as promotional campaigns that would be half paid for by Turkey and half by the tourism companies.

He said he was also meeting with tour operators in Spain and Switzerland.
Last Update: Feb 04, 2016 12:48 pm
RELATED TOPICS